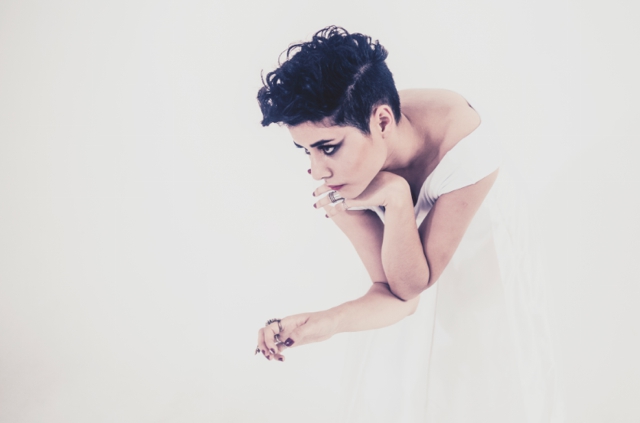 Montaigne : A Cinematic Plea For An End

“You tell me you want me to stay
But you’re in a mess and somehow I’m in the way
Some hopeful look, some quick relief
I’m in a book between your teeth
And if you want lights in your life
That’s fine just let me play lead in mine”

You’ve most likely heard Australian pop starlet Montaigne (aka Jess Cerro) on Triple J, with her singles, I’m A Fantastic Wreck and I Am Not An End both on high rotation. Montaigne also covered Sia’s Chandelier for Like A Version.

She has just released a live video performance of A Cinematic Plea For An End, an intrepid song with raw, vulnerable vocals and lyrics (above), which builds ever so dramatically, to fury and defiance. Montaigne explains that the song “…basically expresses several issues with idealism, both in platonic and romantic relationships.”

A Cinematic Plea For An End is lifted from Montaigne’s critically acclaimed debut EP, Life of Montaigne. She played recently at Groovin The Moo and Come Together Festivals, and has supported Megan Washington and San Cisco. Most recently she opened for Japanese Wallpaper on their national tour, and continues live performances well in to August and beyond…

“I love performing, I love the thrill of it, the challenge, the risk, and the result when you pull it off.  And I just love singing.  I always do it, and when I’m performing on stage I get to do it in a grander setting and on a grander scale.”

The live video and audio recording for A Cinematic Plea for An End was filmed and produced by Masses Collective (Hungry Kids of Hungary, Something With Numbers, Ball Park Music), with audio recorded and mixed by Adrian Breakspear, and shot on the Sydney leg of Montaigne’s recent sold out headline tour at Brighton Up Bar.

Buy: A Cinematic Plea For An End Buy: Life of Montaigne