M0 released her video for Kamikaze late last week. The video was shot in Kiev, Ukraine and features MØ at her raucous best, on a day out in the city.

Perth’s Katie ‘Catlips’ Campbell (pictured at top), mother of ‘mysterious, poly-rhythmic gems’ prepares you to enter the dance floor of your mind with Silversmoke.

The Hacienda is a music project formed by five guys from Florence, who recently made the move to London. Their sound is best described as a modern convergence of rock, soul and psychedelica. Oh, and did I mention they’ve supported Kasabian, The Kooks, Futureheads and Beady Eye? Let that be your guide.

Wishes: I Want To Be Alone With You

Wishes is Australia’s newest solo electro talent who not only released I Want To Be Alone With You recently, but also announced his support (Syd, Wollongong) on the forthcoming Neon Indian tour, alongside KLP. 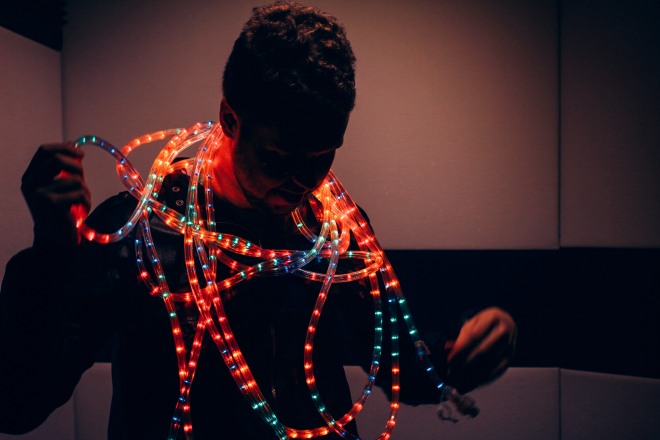 GUM’s Glamorous Damage album will be out November 13. Before then, he’s set to support L.A band Mini Mansions in Melbourne this month. GUM is the solo project of Tame Impala/POND multi-instrumentalist Jay Watson.

RIFF ALERT. Melbourne hardcore band Ganbaru are touring Perth at the moment. Their recently released ‘Declaration’ album is filled with punchy, melodic hardcore, where rapid fire riffing collides with hook laden melody lines and fierce vocals from front man Adam Thomas. Turn this one up to loud or louder still.

Listen to The Garb Wire // A playlist of the music we write about.