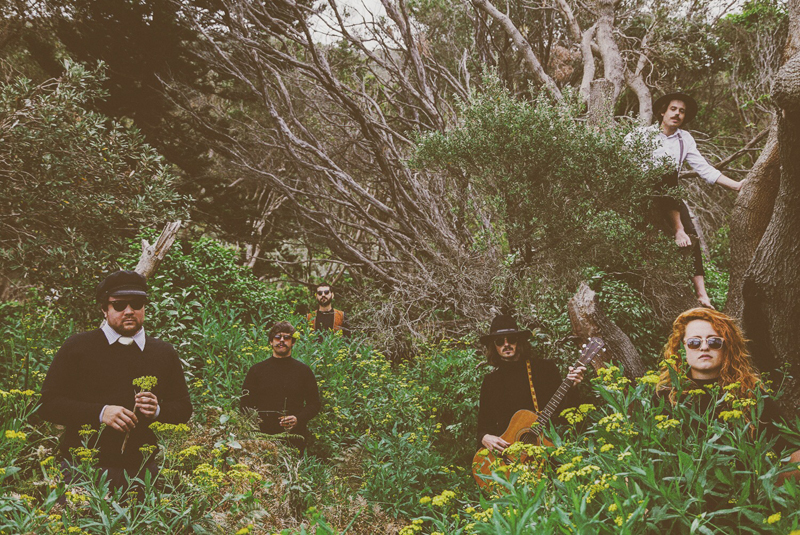 Happy hump day to all. This is the part where the sludge of the week slams hard against that brick wall, dripping down in slo-mo to the phenomenal weekend that awaits you. Flip the table,  she’s a mixed bag this week.

You can preview this sublime slice of pop here, or stream it on the usual digital channels.

Elusive four-piece Confidence Man return with their second single ‘Bubblegum‘ – a combination of sassy vocals and the usual jive we have come to expect. You must listen also to ‘Boyfriend (Repeat)’, because it’s essential cheeky listening for your current frame of mind. Catch Confidence Man live on their Australian tour kicking off this month. See dates below.

Cameron Avery: Dance with Me

Avery’s debut solo album ‘Ripe Dreams, Pipe, Dreams is out next Friday. Inspired by the old records he loved from the likes of Johnny Hartman, Dean Martin, Frank Sinatra, Elvis Presley, Sarah Vaughan and Etta James, Avery says of the upcoming self-produced album, “I just started saying ‘yes’ to things while making the album. I figured: I’m in my mid 20’s, I play in a band, I live in Los Angeles—I’m ripe to dream. But the pipe dream, the underlying theme of the album, if you really listen, is that all I really want is to have someone in my life and to be in love.” And don’t we all?  Watch ‘A Day In The Life of Cameron Avery’ below.

No one quite expresses poetic hopelessness with the same emotional gusto. Anohni‘s Paradise EP is out on Friday 17 March, and serves as a companion EP to last year’s HOPELESSNESS. The video for the Paradise was directed by Colin Whitakerand featuring visual artist and model Eliza Douglas as an avatar for ANOHNI – “she moves through reflections of different images of paradise,” says the director, “including archival footage from Paradise Garage.”

The Mountain Goats: Andrew Eldritch Is Moving Back To Leeds

John Darnielle wrote about the new single ‘Andrew Eldritch Is Moving Back To Leeds’:

“This song began its life on a 1973 Guild…I wrote the first verse and the chorus and then I put it away. In the darkness of my desk-drawer it gathered strength and plotted its return to the surface. I revisited it after I’d decided to not have any guitars on the next album, and finished writing it on the piano, which accounts for the mild McCartneyisms of the changes in the bridge, which are things I can’t really do on a guitar. In the lyric, I imagine one of my teenage heroes, Andrew Eldritch, returning to the town where the band worked and played when they were young. So shall it be in these times: your sons and your daughters will prophesy, your old men will dream dreams, your young men will see visions, and Andrew Eldritch, whose music has reached spirits in every corner of the globe, will move back to Leeds.”

Boo Seeka: Does This Last

Sydney duo Boo Seeka head to SXSW this March, with a string of North American headline shows already announced. They continue to push sonic boundaries (spacey synths and string layers) with their new single Does This Last. The pair will head out on a national headline tour this April and May, including appearances at festivals Bass In The Grass and Big Pineapple.

‘Does This Last’ Tour Dates:

One Jimmy Chang Hot Tuna, hailing from the sunny shores of Western Australia has released his new single – STYLE’N W/ EASE lifted from the new EP, Original Changster. And, with a title like that, what more do you need to know?

The Kite String Tangle is the moniker of Brisbane’s Danny Harley – electronic producer, vocalist and songwriter. His new single, ‘Selfish represents a turning point for Harley as he “realised that I wasn’t thinking about the people I love nearly as much as I should. It’s hard to admit you’re at fault but it’s also a good habit to get into if you’re wanting to be a reasonable human.”  It was produced, written and performed by Harley before being mixed by Grammy Award winning engineer Eric J Dubowsky.

Sun Sap’s video for Hanging Hearts was animated by friend, Mon Lou Bed. It’s a “flip book style animation, taking excerpts from her interpretation of the song mixed with her imagination running wild,” explains Aaron Diaz. The 6-piece band is featured at the top of this story.

The Pink Tiles: For Tomorrow

For lovers of garage-pop, The Pink Tiles is a clever clash of snarling riffs and 60s pop sweetness. Their new single “For Tomorrow” is taken from their sophomore album, #1 Fan out March 24.

Cohen will soon embark on an international adventure which will take her to the US and then to Europe. Before that though, the artist will bid farewell to Australia with a run of shows in Melbourne, Sydney & Tasmania. See the full listing below.

Listen to The Garb Wire on Spotify.