Crafted Festival 2019: Gold Coast set to froth it out this September

Two words: Beer Yoga. The first announcement of beer, bands and bites is out, as Queensland’s premier beer and cider event, Crafted Beer & Cider Festival returns for a third roadie this September.

Once again taking over Broadbeach’s Kurrawa Park in a flurry of hops and bops, the event will feature an unprecedented amount of brews including Crafted Festival Exclusives, from the Gold Coast and around the world.

Of the incredible 40 breweries set to attend, 7 will be featured from the Gold Coast region, making Crafted Festival the best spot to taste some local flavours. 14 interstate brewers will be flying in to position themselves ocean-side, as well as some pints from across the pond including Parrot Dog (NZ) and Far From The Tree Cider (USA) who both make their Crafted debut this year. Old festival favourites will be on offer, pouring alongside the craftier connoisseur choices of Moon Dog Brewery, Soapbox Beer and Hop Nation Brewing Co. 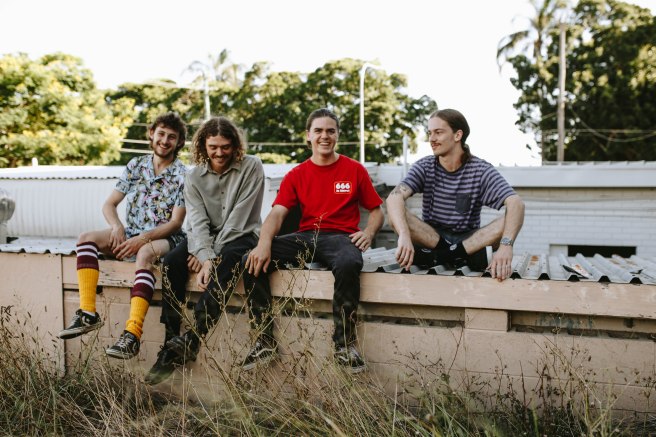 Get set to pair your drinks with some of Australia’s most exciting musical acts including The Delta Riggs, who never fail to bring some energetic anthems and antics. NSW North Coasters WHARVES and Seaside will serve up some indie-rock grooves, along with surf-punks and Garb Wire favourites Concrete Surfers whose tunes promise maximum tropical pale-ale spillage (just don’t lose your reusable cups, folks).

Does an IPA pair better with a burger or a slow cooked brisket? Which cider washes down buffalo wings best, apple or pear? Prepare to chow down on a huge selection of gourmet delights such as ribs, empanadas and fluffy gluten-free donuts, as served by the best food trucks on the Gold Coast.

The spirit-changing Beer Yoga returns, proving that with a few drinks under one’s belt, a regular yoga session can turn into a game of Twister. If that’s still not enough to keep the shenanigans flowing, Crafted Festival also offers ping pong and a hot dog eating competition. We hope at the same time.