A retrospective exhibition of more than fifty artworks by the late Bentinck Island artist and senior Kaiadilt woman, Mirdidingkingathi Juwarnda Sally Gabori, opens at the Queensland Art Gallery on 21 May.

Born in the 1920s, Sally Gabori lived a traditional life with her family on Bentinck Island until they were moved to Mornington Island by Presbyterian missionaries in the 1940s, following devastating droughts and cyclones. Gabori was a key member of the Kaiadilt community and kept her traditions vibrant whilst in exile, continuing to speak her language and sing the songs connected to her home.  Also a master weaver, she spent much time making intricate bush string and weaving nets.

‘This exhibition captures in depth Sally Gabori’s instinct for colour and composition, her epic and multi-layered painterly abstractions that resonate with her deep connection to story places on Bentinck Island’ says Saines.

Taking its name from the Kayardild name for Bentinck Island, translated as ‘the whole world’, ‘the land of all’ or ‘the one place’, this retrospective will reflect on the many stories of Gabori’s place and the body of work she created since starting painting in 2005, at the age of 81.

It will bring together many important works, including her first and last paintings, large-scale collaborative works produced alongside other senior Kaiadilt women, bark paintings made in conversation with Yolngu artist Nyapanyapa Yunupingu and works on paper created toward the end of her career.

A love of paint and painting provided a new focus over the final decade of Gabori’s life during which she created more than 2000 works.  Her paintings are held in major institutions both nationally and overseas, including Musee du quai Branly, Paris and the Aboriginal Art Museum, Utrecht, Netherlands.

Berfore her passing Sally Gabori created a major site-specific work for the Banco Court of Brisbane’s Supreme Court; and a sweeping mural reproduction of some of her works adorns the arrivals concourse at Brisbane International Airport. 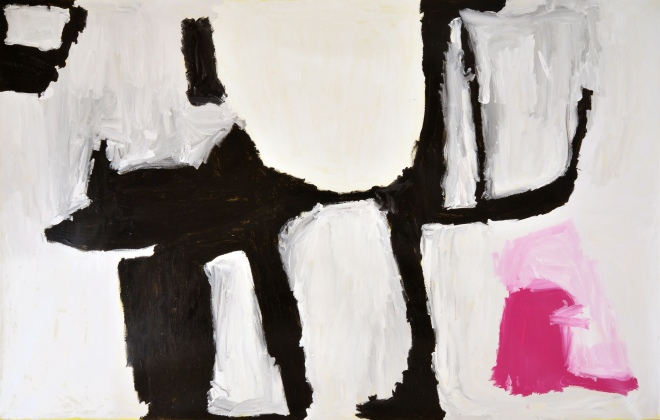 ‘Dulka Warngiid – Land of All’ had been in development by QAGOMA Curator of Indigenous Art Bruce McLean prior to the artist’s passing in February 2015.  Of this, McLean says:

‘Gabori’s keen desire to communicate the stories and knowledge accumulated over an incredible life spanning 90 years has left an astonishing legacy.  Although many of her paintings appear abstract, they retain an essence of Kaiadilt Country, and at their heart they resonate with universal themes of loss, longing and love.’