Sugar Spin: you, me, art and everything is the major, free exhibition leading the 10th anniversary celebrations for Brisbane’s Gallery of Modern Art (GOMA), and it all starts this Saturday. Making full use of GOMA’s expansive exhibition spaces, visitors will be taken on a wonderous journey in five chapters: sweetmelt, blackwater, soaring, treasure and cosmos.

My favourite pick of the program is Nervescape 2016, a large-scale, multi-coloured landscape of synthetic hair by New York-based Icelandic artist Hrafnhildur Arnadóttir.  ‘Shoplifter’ – as she is otherwise known – has explored for years the symbolic nature of hair, as both an individualistic and creative fibre.  Nervescape is Hrafnhildur Arnadóttir’s first work in Australia and her largest to date. It’s been especially created for the expanse of GOMA’s Long Gallery. And, like many of Sugar Spin’s other featured works it celebrates connections between nature and humanity, the beauty of our world, as well as many of life’s ongoing challenges. 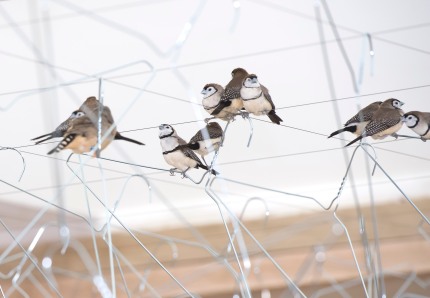 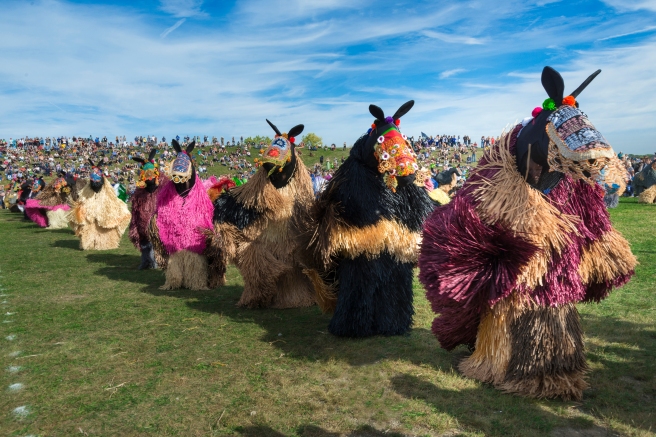 Audiences visiting Sugar Spin will take in an explosion of sweet colour and, literally, spinning sensations in the brand-new installation commissions and large-scale displays.  Electrifying dancers, thousands of Lego pieces and even live birds will enthrall alongside 250 artworks exploring themes of light, space and architecture.

Queensland Art Gallery | Gallery of Modern Art’s Director Chris Saines has used the the 10-year milestone as a time to reflect on GOMA’s impact locally and nationally, and to look toward its future, saying, ‘GOMA has been a force for cultural change, stimulating our appetite for contemporary art and ideas. We can take pride in a decade of world class exhibitions and programs and celebrate wonderful additions to the state art Collection.’

On 3 December there will be an unveiling of a series of ‘birthday gifts’ to the Collection, including the electrifying Heard by American sculptor and performance artist Nick Cave.  A group of brightly coloured sculptural horse costumes will be brought to life by dancers at the GOMA Turns 10 opening weekend, and will remain as a permanent part of the exhibition.