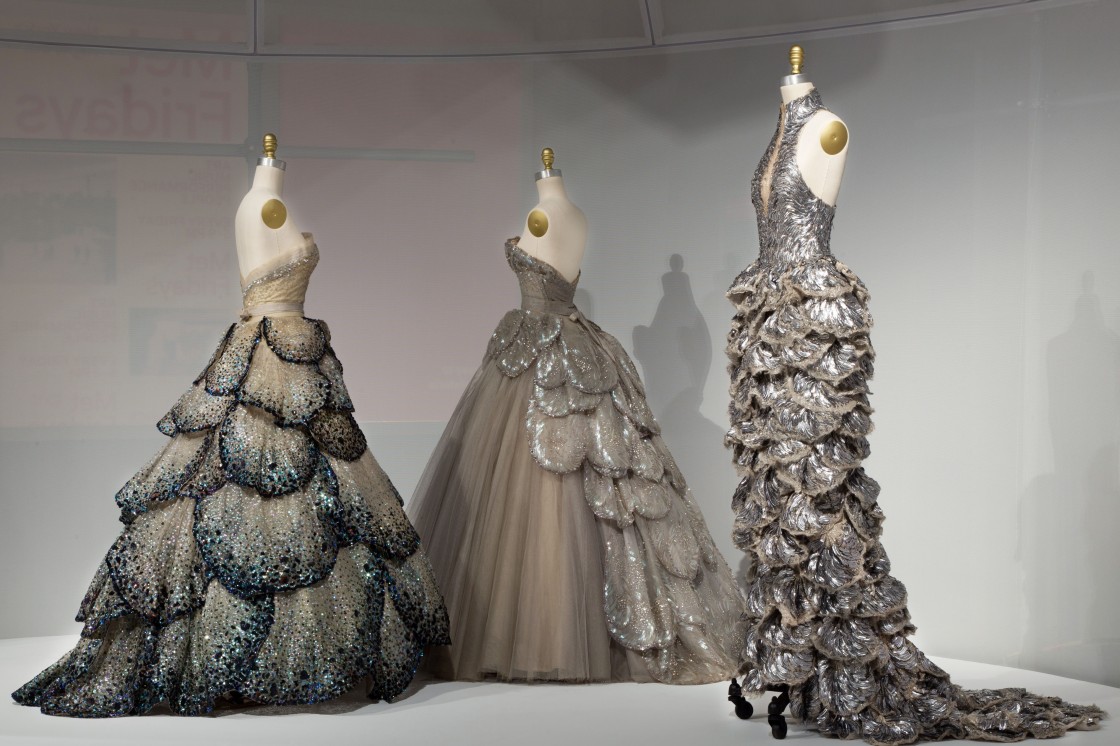 In New York: Manus x Machina at The Met

If you’re New York bound, of course you must visit The Metropolitan Museum of Art no matter what, but of particular interest now is The Costume Institute’s 2016 exhibition, Manus x Machina: Fashion in an Age of Technology, which is open until 5 September, 2016.

Long after the last flash of celebrity departs the Met Gala, The Costume Institute’s spring exhibition remains. Manus x Machina examines how fashion designers grapple with the concept of handmade versus man-made, from concept to creation of haute couture and edgy ready-to-wear pieces.

The exhibition itself is housed in a building within a building, a gallery described by the Costume Institute head Andrew Bolton as a 21st century hybrid between a traditional future atelier and a scientific laboratory. The exhibition is more about the hidden techniques that go into making the garments – there are no robots.

The centrepiece and main inspiration for the entire exhibition is a wedding haute couture ensemble by Karl Lagerfeld for Chanel (Autumn/Winter 2014-15) view it here.

On display are more than 170 ensembles dating from the early 20th century to the present.

The exhibition explores the period from the founding of haute couture in the 19th century, when the sewing machine was invented, to the age of a distinction between the hand (manus) and the machine (machina), with the onset of mass production.

‘People are so preoccupied by the next ‘thing’ that there’s a lack of appreciation in the making of fashion.’

Update 26 August: For the final weekend, the exhibition will remain open until midnight on Friday 2 and Saturday 3 September.

All images supplied with thanks by The Metropolitan Museum of Art in New York.