Important Announcement: Today is Friday. Here are new some tracks for you to throw in the general direction of the weekend. It starts as soon as you press play. I’ve been thinking about my favourite songs so far this year, and there are many. End of year favourite lists are going to be a certified NIGHTMARE.

Jamie xx shared his striking new video this week for Gosh on Apple Music. It was directed by Romain Gavras (famed for his work with Kanye West & Jay-Z, M.I.A., Justice and The Last Shadow Puppets).

The epic video is huge in scale and ambition, at times both menacing and serene. Gosh features a cast of over 400 actors with no CGI or 3D effects used.

@robotswithrayguns is one of our favourite, standout Twitter accounts. You know when you’re scrolling through feeds and you can actually feel yourself getting dumber just by looking? Perhaps it’s a bit of Kylie Jennercide, or intellectual fatigue, but Robots With Rayguns actually makes me laugh. out. loud. Plus, the Phoenix producer makes really great music (self described as cheesy synth pop), so let’s start with the remix of one of the year’s biggest tracks, and then plug yourself into Excess.

Australian Platinum selling hip hop artist ILLY‘s new song Papercuts features Vera Blue. Of the track, he says, “I’ve been holding on to Papercuts for a while, and I’m really excited that it’s finally coming out. It’s a different vibe to anything I’ve done before. I love that about it. A lot of rap music’s been uninspiring lately. I wanted to make an album that didn’t sound like anything else out, and bring back those big moments and big songs that make albums stand out. I can’t wait to share the rest of this one.”

Catch ILLY live at this year’s Splendour In The Grass festival.

‘Over You’ is the seventh track released by SAFIA, and sees the beloved indie electronic-pop outfit muse over a past love. SAFIA recently announced details of their highly anticipated debut album Internal, which is scheduled for release on 9 September. Catch them live on tour from the end of September through October. Dates below.

Melbourne electro newcomers KINGS. have just released their sun-soaked new single (u) West Coast. This ray drenched nugget will have you wishing you were where you’d rather be. Watch the video for glistening images of paradise, and you will instantly be teleported.

Wishes: I Want To Be Alone With You

Here is the sexy new video for Majid Jordan’s Make It Work single. (Majid Al Maskati and Jordan Ullman) are an electro alternative R&B duo who met while attending the University of Toronto, and until now, they’ve been largely hidden from view.

They featured on and co-produced Drake’s hit Hold On, We’re Going Home from Nothing Was The Same, and their next collaboration with Drake was on Mine for Beyoncé’s self-titled fifth album.

The duo have also announced a second North American tour later this year following their sold-out tour of Europe.

Tame Impala/POND multi-instrumentalist Jay Watson aka GUM shares his  visual translation for single ‘Elafonissi Blue’, off his 2015 record Glamorous Damage. The song was written while Watson was on an overseas break from a hectic touring schedule. Elafonissi Blue explores the sensation of “claustrophobia followed by bliss.” The accompanying visuals, created by Alex Aulson, show an explosion of intergalactic images and neon treatments.

Kid Flicks is the experimental pop sonic alter-ego of Athens-based producer, songwriter and graphic designer Nickos Dervisis. Right after the premiere of Kid Flicks’s new full length, Nickos shared a mixtape dedicated to Dan Snaith (Caribou/Daphni)’s music, including personal favourites, tracks spanning his whole career, original tracks from samples Dan has chopped, edited, remixed and then re-edited by Kid Flicks himself. Nickos said, “[Dan Snaith] is one of my biggest influences ever… when I first saw him live as a young kid I immediately wanted to start making music.” Dan Snaith is the genius behind Caribou. Listen here to his mix, which runs for just under an hour and 20 minutes.

Gucci Mane is bringingout a new album called Everybody Looking on 22 July. Watch the trailer here:

We asked AIR fans to tell us about their favourite AIR related memories. Read the story here. 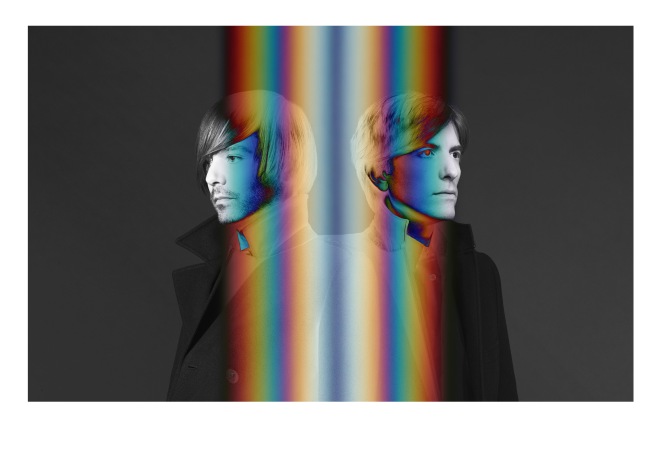