Philippe Bertrand and Pierre Gionnet met in Paris in 2005. After discovering their shared taste in music, movies, fashion and creation… designing together seemed like a natural progression.

Claramonte is a handbag brand named after Phillipe’s Spanish grandmother, and their design inspiration stems from nomadic cultures from around the world, incorporating exotic, intricate embroidery and richly coloured fabrics, and leather, all combined with whatever else appeals to Bertrand and Gionnet’s passions and imaginations. Working closely with craftsmen between Morocco and Paris, their designs seek to be tribal and traditional yet also contemporary, edgy, chic and sophisticated. Dynamically contrasted textures and a clever play on unexpected colour combinations, give this brand its identity, with success.

For each collection, the designers first think about shape, and complete rough sketches in their Paris studio. This provides a base to work from. By the time they reach their craft team in Morocco, these ideas are either further developed or completely scrapped. The design process changes constantly, as they seek to meet new, exceptionally skilled artisans, expert in traditional techniques of weaving and embroidery, and to learn new ideas of shape and form. Heritage is then reinterpreted, transformed with contemporary sensibilities.

The designs evolve as different fabrics are added. Claramonte handbags are made with materials from Italy, Turkey and France, mixed with lambskin Moroccan leather.

Each collection represents the vision of both designers. Of course, they don’t always agree… “sometimes, when we don’t agree on the design of a bag, a colour, we challenge each other, we fight like kids! And our best selling bags are usually the ones we fought over most.”

Early in his career, Bertrand worked as an intern for Maison Lacroix, with whom he shared the heritage and influences of the Mediterranean. At Maison Lemarie he became Assistant Maitre d’Art and participated in the models plumage design for Chanel, Lacroix, Mugler and Yves Saint Laurent. During this time he refined his lasting affinity for craftsmanship and hand made creations. In 1998 Bertrand was assistant to Rosier at Kenzo, and while there, immersed himself in the stylistic traditions of Japan. In 2001 he moved to Morocco for a year, setting up a studio where he collaborated with highly skilled local artisans. Before starting Claramonte with Gionnet, Bertrand also worked as a stylist for Jean-Paul Gaultier. 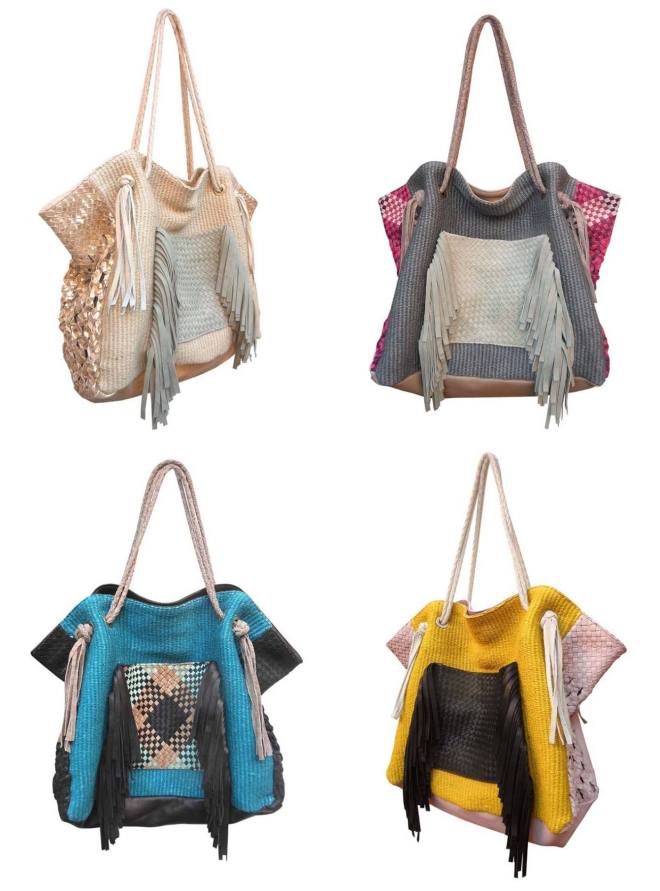 Pierre GIONNET graduated as a product designer in 2003 at the Ecole La Martiniere Terreaux (Lyon, France). His first job was as an assistant designer for TSE & TSE Associates in Paris. There he discovered a warm, free and intimate work atmosphere with Sigolene Prebois and Catherine Levis.

He fit well with their oneiric (dreamlike) universe where humour, poetry and purity are mixed. Also he learned how to develop a more intricate approach to objects, from craftsmanship to industrial design.

His experience with TSE &TSE brings a shifted influence to his sober, purified vision of design. He strongly believes the object must tell a story and placed in an intimate universe of lightness. 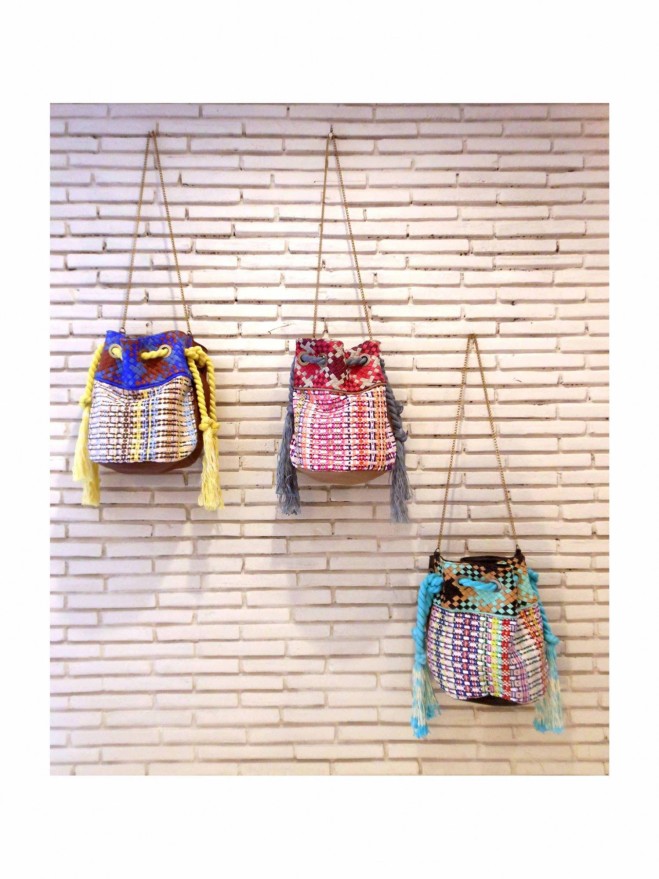 Though the pair are yet to make it to Australia, they excitedly tell me that they’ve been to Bali, which is on our doorstep, and with lots of Australians (though not at all like sophisticated, metropolitan Australia, it must be written). Between developing their brand across the world, and expanding into clothing and object design, we do hope they make it here soon.

Claramonte is available in Australia through Hunt Leather stores (see full list below), and will make its debut Winter 2015-16 collection in Meisha Wright Studios (SA) this July.

All images published with permission from the brand.

Remembering our friend Helen today, a love filled celebration. #loveyoumorehelen
Friday night view 🍂👩🏻‍🦰👧🏽👨🏻👨🏻
It feels good to wander again. How do I get this chandelier shipped to Melbourne? 📸 @missplacedpics
I wouldn’t be caught dead wearing purple. But accessories, I have many. #poplife #controversy #fortitudemusichall
Like a scene from an old film.
The dawn opener.
A last minute inclusion at Tuesday’s dinner table. So good! 4.99 stars.
Treated myself to a table for one, last stop yesterday while Hector did capoiera. Cheers to the weekend, I say. 🌚 🌝