Get What You Want: Win Tickets to Music Cinema at GOMA

The Garb Wire and GOMA are giving away a double pass to the ‘Get What You Want’ film session of your choice. To enter, tell us in 25 words or less which film or artist in the program changed your life, and how. Leave a comment below, or send an email to thegarbwire@gmail.com by Monday 29 August, 2016.

The new ‘Get What You Want’ film program at the Australian Cinémathèque in Brisbane’s Gallery of Modern Art (GOMA) will run from 2 September to 2 October serving up over 25 music documentaries and feature films.

Music obsessives tend not to be sated by merely listening to their favourite albums – they  pore over liner notes and crave to learn everything about an artist’s life, from the  creative process and inspiration, their vices, hidden torment or successful living strategies (but the more tragic, the more interesting, right?). Documentaries of ‘the tune’ can teach us the history of sound production techniques or advancement, and expose us to the different styles and attitudes throughout the decades, from the radical punk movement of the late 70s to hip hop’s deep underground beginnings.

‘Get What You Want’ crosses music genres from country to disco, folk to hip hop, house to punk, and metal to reggae. These films provide insight into the music and secret lives of artists like Madonna, Kurt Cobain, Amy Winehouse, Bob Marley, Miles Davis and more.

‘Get What You Want’ launches on Friday 2 September with a Madonna double-bill. At 6pm watch the new documentary Strike a Pose (2016) which explores the life of backup dancers beyond the spotlight of the 1990 Blond Ambition tour. At 8pm you can settle back In Bed with Madonna (1991).

Each feature is based on a musical icon or movement. There is the gut wrenching Amy Winehouse story Amy (2015) and the surreal day-in-the-life of Nick Cave 20,000 Days on Earth (2014), as well as an illuminating profile of reggae legend Bob Marley, Marley (2012). The tortured portrait of Kurt Cobain, Montage of Heck (2015) serves as an eye opener to his tragically short life. 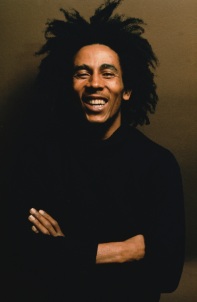 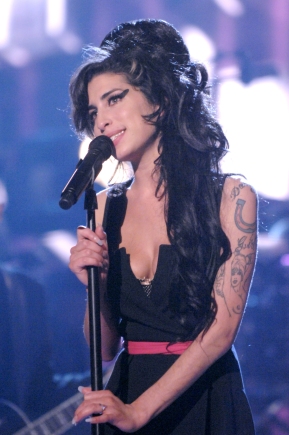 Buried Country: The Story of Aboriginal Country Music (2000) shows how the genre’s themes of loss and endurance have deep relevance for Indigenous Australian musicians, while Maestro (2003) explores the roots of dance music culture in the night clubs of 1970s New York, and heavy metal makes a splash in an unexpected place with Death Metal Angola (2012).

Feature films in the program include Don Cheadle’s directorial debut and star turn as big name jazz man Miles Davis in Miles Ahead (2015), and the Coen Brothers’ Inside Llewyn Davis (2013), Purple Rain (1984). The punk classic Ladies and Gentlemen, The Fabulous Stains (1982) will also get a run. Watch the trailer below. Classique.

Peter McKay, Curator, Contemporary Australian Art, QAGOMA, said ‘Get What You Want’ would explore the impulses that drive performers and audiences in pursuit of great musical experiences. ‘The program gives audiences insights into the creative and social dynamics that operate across musical subcultures,’ Mr McKay said.

The rarely screened underground documentary All Ears: A Glimpse into the Los Angeles Beat Community (2013) examines the influence of producers J Dilla and Madlib on the scene that coalesced around LA’s Low End Theory nightclub in the mid 2000s (see the trailer below). It screens with Our Vinyl Weighs a Ton: This is Stones Throw Records (2013), which celebrates the eclectic LA record label, ahead of a 20th anniversary celebration of Stones Throw featuring founder Peanut Butter Wolf, J. Rocc and Egyptian Lover at the Brisbane Festival Aurora Spiegeltent on 8 September.

‘Get What You Want’ also features the harrowing manufacture of a K-Pop girl group in Nine Muses of Star Empire 2012, one man’s near-impossible mission to unite all nine members of the Wu-Tang Clan on stage for their last concert in Rock the Bells (2006), and Penelope Spheeris’ chaotic portrait of the early 1980s LA punk scene The Decline of Western Civilization (1981). Watch the trailer:

Presented in partnership with Brisbane Festival, ‘Get What You Want’ is a ticketed program at the Australian Cinémathèque at GOMA from 2 September to 2 October 2016. Cinema tickets are on sale now. A five-film discount is available at the Cinémathèque Box Office.

The Garb Wire and GOMA are giving away a double pass to the ‘Get What You Want’ film session of your choice. To enter, tell us in 25 words or less which film or artist in the program changed your life, and how. Leave a comment below, or send an email to thegarbwire@gmail.com by Monday 29 August, 2016.

For the full program click here and to buy tickets, head to Q TIX

Feeling lively @celine in Melbourne with one of my favourites. Woof! @takeasecondofme
We're very excited to be doing our first public art show with a group of incredible Melbourne creatives this June. It's all made possible by @trashmagic_melbourne founder and visual artist Kerry Lennon. Link in bio.
I’ve been very busy. Please come visit @runtoparadiseau and let me know your favourites #runtoparadiseau #melbournedesigner #fitzroy
🏠🚣‍♂️🎣⛵️⛱
Oh love, the kindness you have shown us 💕
♥️♥️
More grateful for this natural beauty than usual.