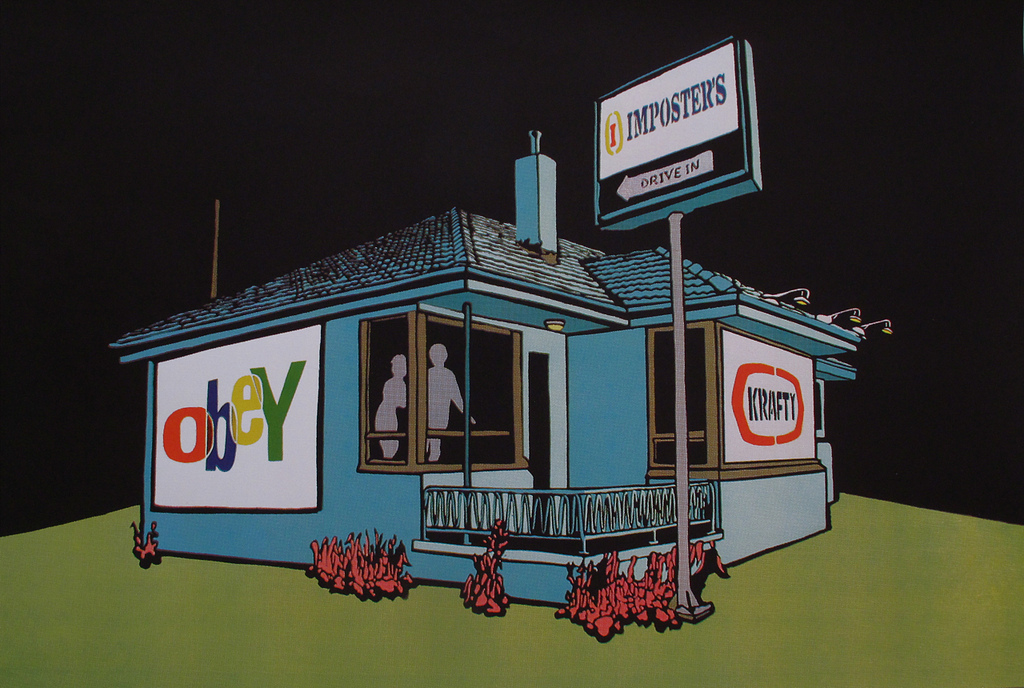 Mini Graff is a New Zealand born, Sydney-based street artist who lurks in the city’s urban fringe. The streets and  its inhabitants provide the content and impetus for her work, no matter where in the world she may be.

Mini Graff stencils and prints images onto a variety of media including walls, boards, vinyl and paper – her works speak to the surrounding environment and community. Parody and social commentary are common themes in Mini Graff’s work – as she experiments with scale in public space – from discrete interventions to large-scale statement installations.

TGW:  What keeps you up at night?
MG: The need to do another poster run.

TGW: Have you ever turned a disaster into a success?
MG: Disasters often lead to successes…making mistakes printing, misunderstanding something and not realising until I’ve responded… these often lead to the best outcomes.

TGW: When are you at your most creative?
MG: On a daily basis. In the mornings my head is clear – I find it easier to research or do highly technical file preparation or printing. Five hours and three coffees later, I’m mostly just good for a sticker run or a drawing. I’ve been drinking too much coffee lately. Two should be my limit – three sends me over the edge.

Otherwise, a new place – city, town and people will inspire me. Residencies are great for that – a block of time where your only job is to make work – no other job or commissions getting in the way.

TGW: Who/What inspires you to create?
MG: Many things inspire me to create and you can never preempt where or what might trigger an idea for a work.

A conversation with another street artist, The Pits (@P.I.T.S), resulted in the ‘White Out’ poster run.

The ‘You Won’t Bring Us Down’ posters (see below) resulted after an email request for me to run a workshop for the Sydney Uni Women’s Collective. They’d been working for a few years doing anti-street harassment posters. The request got me thinking – how I’ve been harassed in the past, on the street when putting up posters. It might come as a surprise but I’ve never been hassled by a woman while working. Only men. This poster speaks of one of those incidents – when a man threatened to call the police if I didn’t give him a poster. I didn’t give him one and he stormed off, calling me all sorts of names, mostly starting with ‘c’.

TGW: Who are your biggest style icons?
MG:    Fashion: Jeremy Scott – as much as it’s all wrong, when it’s right it’s beyond awesome! It’s difficult not to look. ‘Style’ is an interesting one… it’s more what I see on the street, or what a friends wearing, the way they might interpret something.

TGW: When is the moment you feel at home, and where?
MG: I’m pretty good at just making ‘home’ where I am at any one time. I’ve just moved up to Sydney for a few months and call a tiny little room in Redfern ‘home’. My studio is in Melbourne. That feels like home when I’m there. Minneapolis felt like home.

“It might come as a surprise but I’ve never been hassled by a woman while working. Once this guy threatened to call the police if I didn’t give him a poster. I didn’t give him one and he stormed off, calling me all sorts of names, mostly starting with ‘c’”. 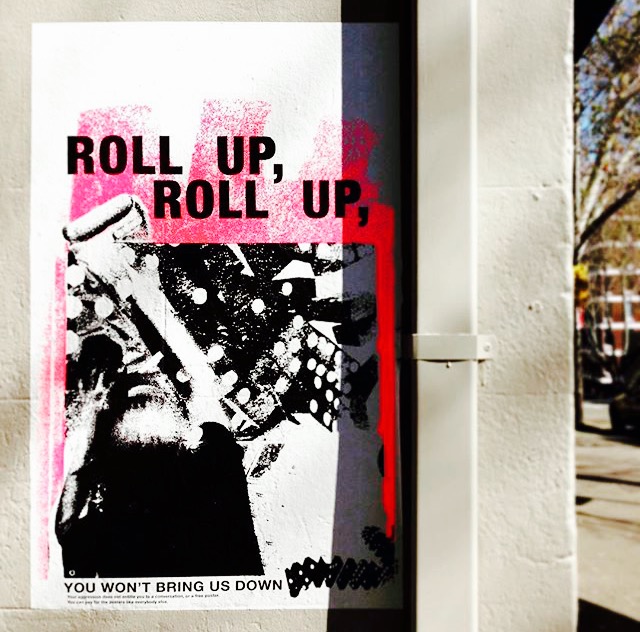 Roll up, Roll up… you won’t bring us down. Your aggression does not entitle you to a conversation, or a free poster. You can pay for the posters, like everybody else.

TGW: Question: When was the last time you felt free?
MG: A few days ago. After finishing up a commission stencil work and knowing I had a couple of days off.

TGW: Question: What is your proudest achievement?
MG: Defining one event or work as my proudest achievement is difficult. The benchmark is constantly moving.  Making a great poster or print is an achievement. But it’s ephemeral – the moment. Three weeks later, I might not be happy with it… or, like Roadhouse No.9 (2010), I’m still pretty happy with it, 5 years on. That’s rare, but it does happen…sometimes.

TGW: What song lyrics have stuck with you?
MG: The Final Countdown by Europe. Whenever I’m under the pump, trying to bust out a large edition or project, that song always plays in the my head over & over for the final few hours…

TGW: Have you ever been to Paris?
MG: No. I still have this silly idea that I need to go with a lover – not do it alone… you know, city of lights, love and all that.

TGW: What did you call your last artwork?

MG: The Writing’s on the Wall.

TGW: What’s next for you?
MG: I’m always working on some more posters, stickers or prints. Printing or sketching up new ideas…

Another trip to the USA next year – I’ve met some great folks over there, making awesome work. The WPA left a lasting impression on Washington. Screen printing is very much a part of the culture, history and daily life there. It’s very different from Australia and New Zealand. Hamilton Ink Spot (Minnesota) and Aesthetic Apparatus (Minneapolis) are busy studios making great prints. Lucas Richards was a standout over there – his approach to screen printing seems second nature. Amazing. Super keen to get back there.

“The stickers you see on street signs? They’re not intended just for the general public to enjoy. They’re like a conversation between street artists… leaving our mark. It’s a little bit of notoriety for us. The backs of street signs are like a guest book in every city. We know who has been in town, just by checking the back of those signs.” 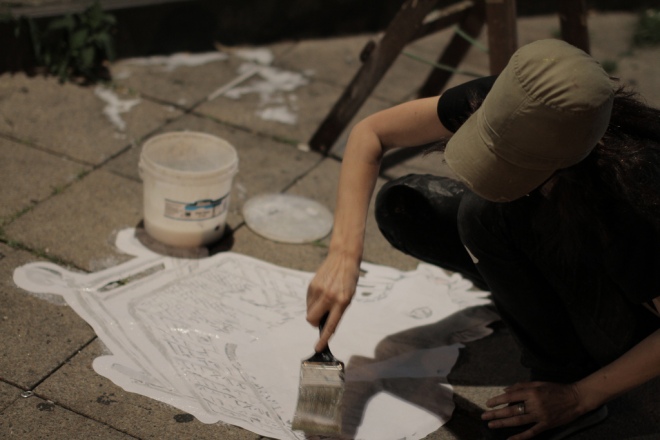