The ‘A Galaxy of Suns’ app transcribes constellations into musical scores with matching light displays. An Australian project years in the making, Sydney installation artist Michaela Gleave will launch the app with a live performance at Dark Mofo this week – a triumph as she returns to her homeland to do so. 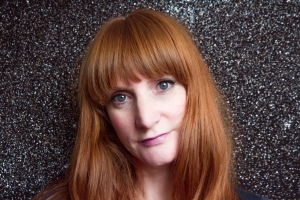 A Galaxy of Suns is a unique collaboration of contemporary art, music, astronomy, and design that operates on a galactic scale. Gleave tells me that the seed was planted  around two years ago during a Facebook chat with composer Amanda Cole. Cole sent her a file and explained how she could create sound from the patterns on dot matrix paper, and that the app worked because the printer reprinted the same pattern, no matter the location. The app that eventuated is the creation of Michaela Gleave, composer Amanda Cole and app developer and digital artist Warren Armstrong, with advising astronomer Dr Michael Fitzgerald.

At it’s simplest, A Galaxy of Suns is a rich meeting of astronomy and music, technology, light displays and visual performance. Real time star constellations are transcribed into scores, and geo-tracked to the app-holder’s location, so people can ‘play’ the stars as they rise and set over 360˚ of the horizon, corresponding to wherever they are on Earth (god love GPS data). Gleave explains,

‘Once the app is downloaded, it doesn’t need wifi to operate, meaning that art is accessible to Aussies even in the most remote corners of our country, which is really inclusive and exciting’.

On 11 and 12 June, the live launch of the app will come to life at Dark Mofo 2016, with The Tasmanian Symphony Orchestra Chorus ‘singing’ the stars, alongside lead artist Michaela Gleave, composer Amanda Cole and programmer Warren Armstrong at the helm.

Gleave explains that the Dark Mofo presentation will be a live choral work with a 36-person choir. When I ask about the high risk of such a performance with the use of technology, Gleave laughs, explaining that of course they’ve had rehearsals, but that “we’re talking about 36 smartphones – making sure that they’re set to the same time and with precisely the same location data.” She tells me that a specific version of the App will be released for Dark Mofo 2016. Users will be able to download it when they’re in specific geo spots at the festival (see below for details). 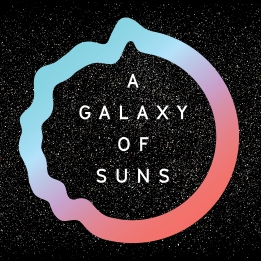 The live launch at Dark Mofo

Microtonal sonic cues are delivered to thirty ­six Tasmanian Symphony Orchestra chorus members, allowing each to sing the stars live, in real­time for the location where they stand. Sampled tuned percussion will accompany the chorus, with large­scale lighting tracking their progress as they sing their way across the sky; the composition builds until all 360­degrees of the horizon is represented in sound and light.

Those attending the opening evening of Dark Park will be able to download the app for free, walk amongst the choir and hear the sounds of rising and falling stars that correspond with where they stand.

It looks astonishing, sounds phenomenal, and with advising astronomer Dr Michael Fitzgerald on board, Michaela’s background as a former artist in residence with the CSIRO, it’s technologically and astronomically spot on.

Gleave’s pride is that A Galaxy of Suns is a creative interpretation of science, a celebration of beauty and wonder of our natural environment, and it’s accessible to everyone, whether they’re in the city or the country.

Offering art at your fingertips and a peek into the magic of our beautiful star system, the digital smartphone app A Galaxy of Suns will be released in Australia late June, followed by a September international release. The Dark Mofo performance will be repeated at the Bristol Biennial from 2-9 September, with the Bristol Choir singing the stars and constellations above the UK.

Watch a preview (not the finished product) of the app here:

A Galaxy of Suns uses the GPS data automatically recorded by smart phones (thus not requiring internet access to function). The project works with parameters such as location on the horizon, distance from Earth, star luminosity and chemical classification, and translates them into sonic and aesthetic variables including pitch, volume, duration, timbre, colour and light intensity. Whilst it creatively interprets science, A Galaxy of Suns is not an illustrative, literal or educational translation of data. Rather, it is a celebration of beauty and wonder at the ultimately inaccessible and intangible nature.

A Galaxy of Suns is produced in association with Experimenta Media Arts, and with the support the NSW Government through Arts NSW.

Launched in association with MONA, Tasmania, and Bristol Biennial, UK.

The use of lowercase in the palawa kani words and the description of the Bay of Fires is the correct according to the Tasmanian Aboriginal Centre.