Jack White’s beautiful video for ‘City Lights’ was released this week. The single is a previously unreleased The White Stripes track and the video was directed by White’s dear from Michel Gondry.

‘Jack White Acoustic Recordings 1998-2016‘ is a 26 track acoustic album which spans across his entire career (and all its personas). It really is a captivating listen.

Plus, now you can take a peek at Jack White’s interactive career timeline which features a stack of previously unreleased videos and footage. Click the image below to begin. 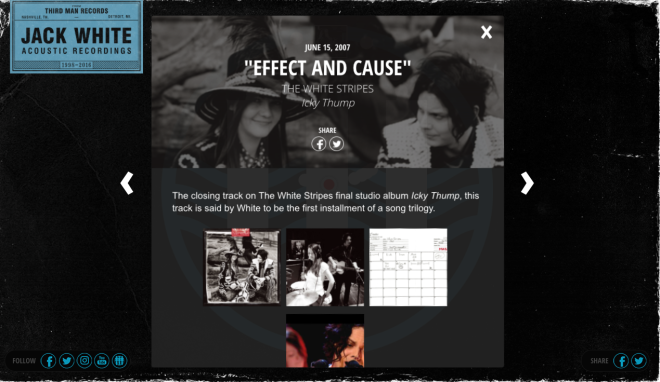 Listen to The Garb Wire on Spotify