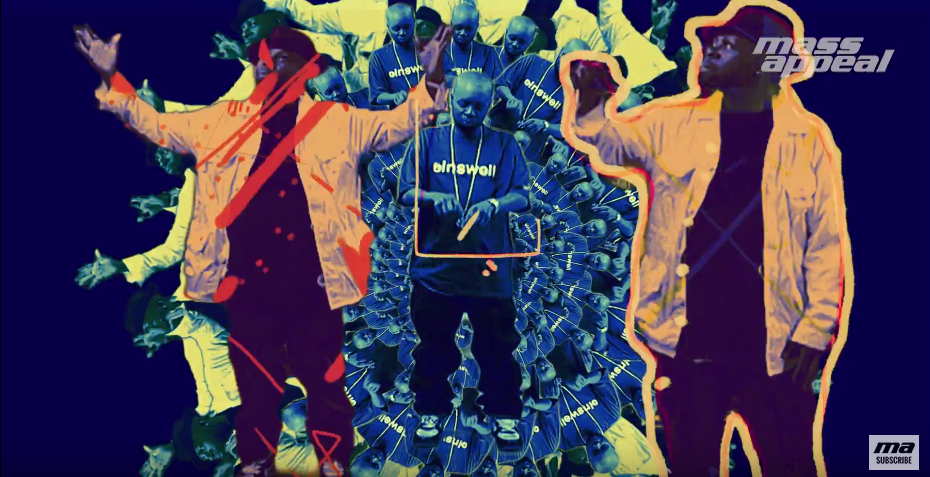 The finish line is in sight! Happy Friday, you legends. Here’s a mix of upbeat and downlow tunes for the weekend. I found a vintage leather jacket today for Splendour. It’s all coming together. Winter will not beat us. Check out the videos from St. Lucia and Fascinator – they are most excellent, and I’m sure you’ll be won over by one Mr Kent Jones. It’s an ear worm, that’s for sure.

St. Lucia: Help Me Run Away

St. Lucia has released a new, high energy video for Help Me Run Away, one of my favourite songs from his Matter  album. He teamed up with Converse for the official video, which was directed by NORTON. It follows a pair of Converse high tops across the U.S. as it searches for its lost love, a pair of red high heels (of course).  Read our interview with St. Lucia here.

L D R U is one of Australia’s favourite electro artists and producers right now. Catch him live on tour in July. A new show has just been added for Melbourne. See dates below.

The Avalanches return in fine form with Frankie Sinatra, taken from their brand new album Wildflower. The song has all the hallmarks of an Avalanches tune – unexpected elements, circus like music and killer samples. The Avalanches, a few of my favourite things, indeed (too lame?) Pre-Order the new album here. Can’t wait to see these guys at Splendour!

Fetty Wap’s new track  Wake Up heralds the release of his eagerly awaited sophomore album, due out later this year. It’s been a massive month for Fetty. He was nominated for a whopping eleven categories and took home “Top New Artist” at the 2016 Billboard Music Awards and won “Best New Artist” at the iHeartRadio Awards.

Slumberjack has paired up with Daniel Johns, the previous frontman of Silverchair and The Dissociatives to produce Open Fire (this is not a drill, yes it was also the name of a Silverchair song, sort of). Catch them performing as a super duo (party of 3) at Splendour in the Grass and Lollapalooza. I actually miss Daniel Johns being in Silverchair, and find him to be a little pretentious, yet I can’t turn away. The man is talented, that’s for sure, in whatever guise he chooses. Slumberjack’s music is drawn from divergent cultural influences with a blend of energetic beats and rhythmic foundations. This track is easy to like.

Los Angeles based George Maple returns to Australia for a National Tour in July. Read how she tested her latest single in a strip club to ensure the vibe was right in our recent story. This is a banger.

The video for J. Dilla’s The Sickness features Dilla and Nas spitting bars over a head-nodding Madlib beat. The single is from The Diary album, which was originally intended to be released in 2002 as the legendary producer’s proper solo debut as an MC (rapping over beats from the likes of Nottz, Hi–Tek, KarriemRiggins, and more). The album was shelved by parent label MCA and was the stuff of legend up until now. It finally got a proper release on 15 April and in addition to Dilla (& Nas) features vocals by Snoop Dogg, Bilal, Frank & Dank and others.

Bryson Tiller‘s debut album came out in 2015. His 2nd single Exchange now has a video. Watch it here. The album TRAPSOUL is out now. Get it here or stream it online.

Kent Jones is a South Florida native who poses a hip hop triple threat – he’s a producer , rapper and singer. He draws inspiration from Quincy Jones, Dr. Dre and Timbaland.And if this doesn’t get stuck in your head, I don’t know what will. Proceed.

Matt Gresham is getting ready to tour the country in July, bringing his live show to intimate rooms around Australia. Tickets are available here.
The compelling video for ‘Ghost’ takes on the introspective significance of an individual life, and stars Mike Day, well respected among Australia’s art community and one of the founding members of Vivid Sydney.