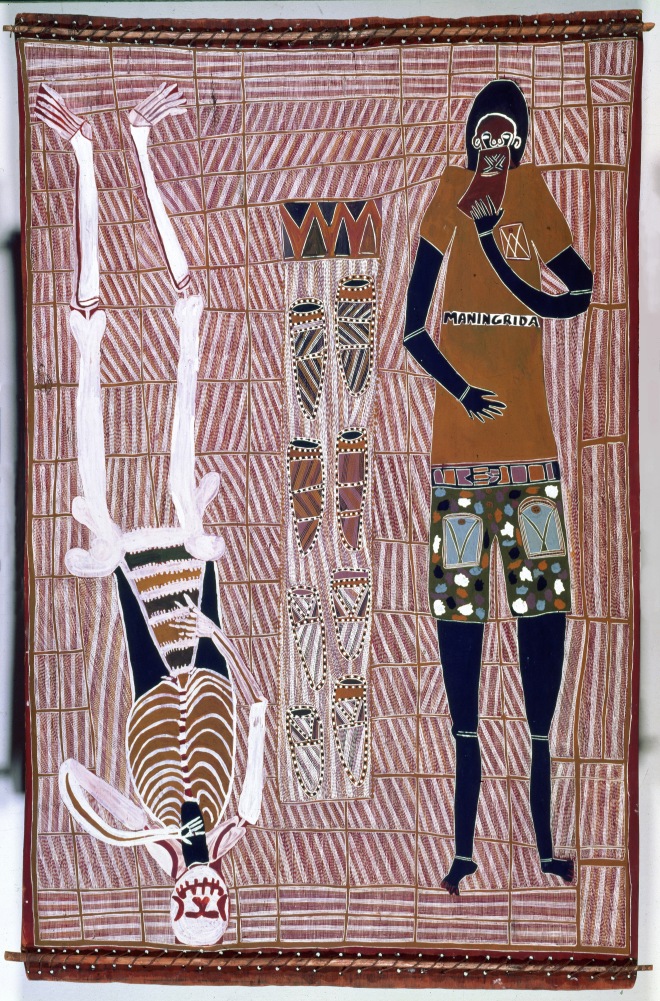 Sung into Being: Aboriginal Masterworks 1984–94 is a free exhibition of over 100 artworks from the esteemed Janet Holmes à Court Collection, shown exclusively at Queensland Art Gallery until 22 October 2017.

In addition to generously loaning the gallery her treasured collection, noted businesswoman and philanthropist Holmes à Court has shared her experiences of collecting pieces by leading artists from the Kimberley and Arnhem Land, at a time when Indigenous Australian art started to be exhibited as fine art.

Diane Moon, Curator of Indigenous Fibre Art at QAGOMA said that the paintings and sculptures featured in Sung into Being were acquired over time with great foresight by Janet and her late husband, Robert Holmes à Court: “These works express an intimate knowledge of the artist’s clan lands and the collection exists in its entirety as a great Australian cultural legacy.”

Renowned figure Rover Thomas forged new conventions in Aboriginal art and created new opportunities for the east Kimberley school of artists. He was one of the first Indigenous Australian artists acquired for the Holmes à Court Collection and is honoured throughout the exhibition.

Sung into Being also includes two important series of paintings by brothers-in-law Jack Wunuwun (1930–91) and John Bulunbulun (1946–2010), depicting their clan manikay (song cycles). Other highlights in the exhibition are England Bangala’s dynamic paintings featuring mythological events and the wangarr (spirits) that created his lands.

This free exhibition of some of the most important and transformative works in Indigenous Australian art is open now at the Queensland Art Gallery, Brisbane and runs until 22 October, 2017. For more information head to QAGOMA’s website.