Considered one of the National Gallery of Victoria’s most radical and boundary-pushing exhibitions, The Field Revisited will run until this August as a restaged, yet no-less provocative piece of art history.

Regarded a landmark in the Australian art world, The Field was NGV’s inaugural exhibition at the new gallery premises on St Kilda Road in 1968.

With silver foil-covered walls and geometric light fittings, the exhibition was the first comprehensive display of colour-field painting and abstract sculpture in Australia, and opened to much controversy at the time. 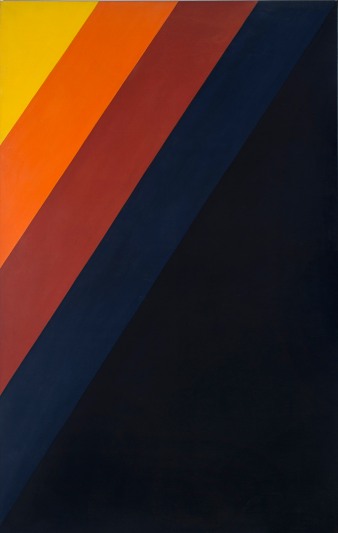 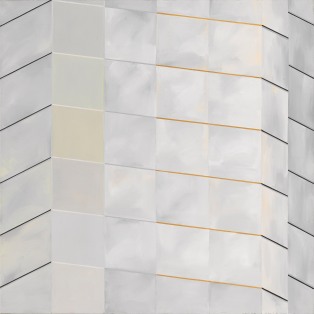 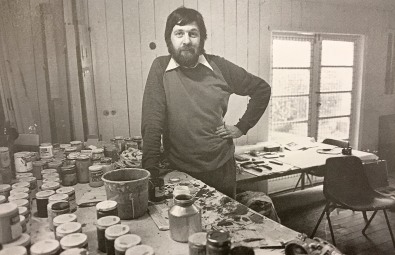 2018 commemorates The Field’s 50th anniversary, with The Field Revisited having been recreated for contemporary audiences to enjoy at NGV, Federation Square. Reassembling as many of the 74 original artworks as possible, this exhibition has been co-curated by Tony Ellwood, Director, NGV and Beckett Rozentals, Curator, Australian Painting, Sculpture and Decorative Arts to 1980.

When The Field opened in 1968 it caused an incredible sensation by showing daring, abstract contemporary works by emerging Australian artists.

The Field boldly launched the careers of a generation of young Australian artists, including Sydney Ball, Peter Booth, Janet Dawson and Robert Jacks.  Taking influence from American stylistic tendencies of the time, eighteen of the exhibiting artists were under the age of thirty, with Robert Hunter the youngest at twenty-one years of age.

As a number of works from the original 1968 exhibition were destroyed, and the fate of twelve paintings and sculptures remain unknown, NGV commissioned a number of artists, including Garrey Foulkes, Col Jordan, Emanuel Raft, Trevor Vickers and Normana Wight to recreate their original works.

The remaining absent works of the original exhibition will be commemorated using silhouettes on the gallery walls, and their physical space marked throughout the space to reinforce their importance as original works from the 1968 show.

‘When The Field opened it caused an incredible sensation by showing daring, abstract contemporary works by emerging Australian artists. By restaging the exhibition fifty years on, we hope to re-examine its impact and significance in Australian art history and allow a whole new generation to experience it for themselves,’ said Tony Ellwood.

The Field Revisited is accompanied by a reprinted version of the rare and highly collectable 1968 exhibition publication alongside a new publication that reflects on the importance of this exhibition over the past fifty years.

The Field Revisited is a free exhibition on display now until 26 August 2018 at Ian Potter Centre: NGV Australia at Fed Square.

First meeting for the year, wearing red so it arrives before I do. Do you feel passion or anger when you see red? ♥️💄💋🚨🧲
DND.
What a way to end the year. A new client and a very happy one at that. An epic effort yesterday - creating a leisure space for 1,200 guests to enjoy with their families. Big thanks to @medium_to_average and @w_m_p__7 = dream team royale
My creep hand captured at the @musicmarket__ launch event on Friday. It’s good to be back out in the wild. Thanks @johannagreenway woman of my heart. 🦄💟🐆
I was dressing stages for @cityofyarra this weekend as part of the Garrawang series of community concerts in Collingwood, Carlton and Richmond. What a way to end the year!
💟
Look, it wouldn’t be the first time gift shopping has turned into a cider. It’s 32 degrees. We’re parched.
Against all odds, there is life.