If you haven’t heard of them, MAISON the FAUX is a creative studio posing as a grand couture fashion house and we LOVE THEM.

In “Smile Now, Cry Later” MAISON the FAUX and Robert Fox are present their very brash take on the fakeness of Los Angeles, where every moment is a performance.

Heavily influenced by the presence of Hollywood and anything that involves constructed realities and emotions; Robert Fox and MAISON the FAUX have created a film questioning the authenticity and downright intensity of the world of acting. 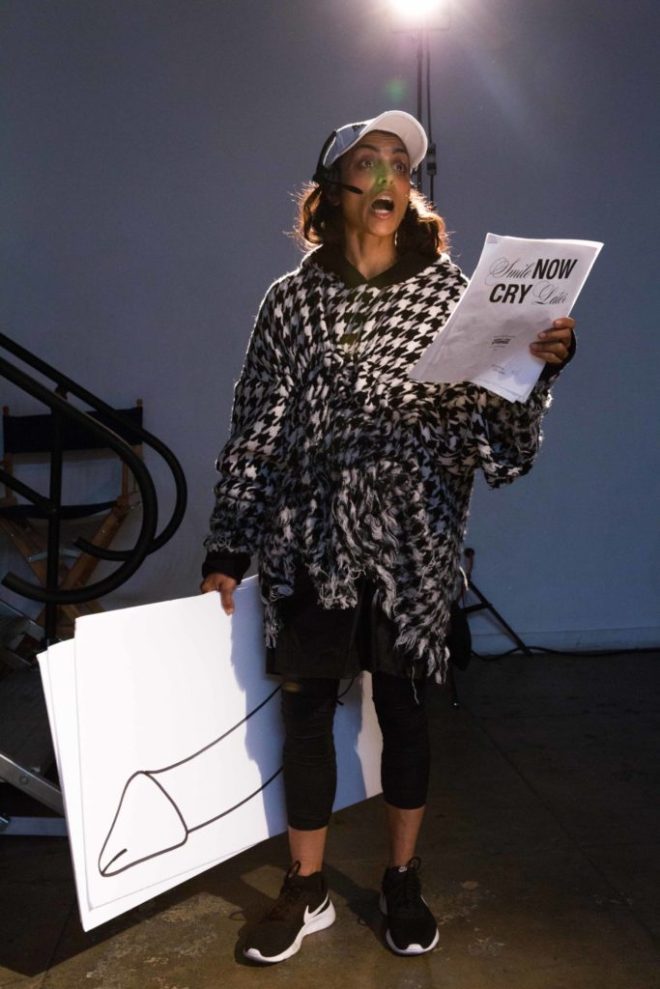 One production
Countless emotions
Will they deliver?

MAISON the FAUX is an Arnhem based creative studio posing as an upscale couturier, led by designers Joris Suk and Tessa de Boer. It’s hard to pinpoint exactly what it is that endears me to them, whether it’s their brazen self inclusion in the fashion industry, or the pure artistic expression represented in their imagery and clothing. They describe their work as “an affectionate reaction to the current fashion industry”, but perhaps for me it’s the blend of all this with an exclusive dusting of je ne sais quoi – that intrigue and aloofness that cannot be bought.

“Buckle up! It’s going to be a melodramatic ride…”