On the weekend I stepped out with Tinks to the Richard Avedon People exhibition at the Ian Potter Gallery. Richard Avedon (1923-2004) was one of America’s great photographers – from 1944 he evolved fashion photography forever, bringing his style of direction and intimacy and movement to his subjects in his work. Avedon shot  people-in-motion for Harper’s Bazaar, Vogue, and countless others.

Eighty black & white portraits hung in the gallery, spanning 1949-2002. On arrival, we wasted no time separating in our usual mutual silence (fashion study faces); we were drawn both to different images in the space, magnetised to striking portraits of Twiggy, Elizabeth Taylor, the Beatles and Dylan. Some were confronting, unnerving, and others were exciting, iconic, and oozing glam fantasy.

We later sat down to a special screening of the documentary, Richard Avedon Darkness and Light. 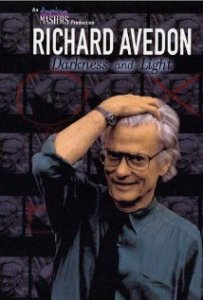 From the opening credits, I got a sense that the production values were dated – the documentary was made in 1994 – the sound and graphics lacked future-proof sophistication that we’ve grown used to. The images themselves, and the fascinating interviews with the photographer were excellent, but there were sections of the film that were a combination of images and irritating montages of voices critiquing Avedon’s work. These parts of the film created confusion – who ARE these people? The best parts of this documentary covered Avedon’s relationship with his family, and his career in fashion. Just after the one hour mark, we nodded in agreeable silence that we should make our exit.

“To be an artist, to be a photographer, you have to nurture the things that most people discard. You have to keep them alive, in order to tap them.

It’s been important to me my whole life not to let go of any of the things that most people would throw in the ash can. I have to be in touch with my fragility, the man in me, and the woman in me…the child in me, the grandfather in me. All these things have to be kept alive.” – Richard Avedon

Richard Avedon People is a FREE exhibition on in Melbourne until 15 March, 2015 and is presented in partnership with the Richard Avedon Foundation in New York