The Victoria and Albert Museum (V&A) has announced the acquisition of an extremely rare ceramic bowl by one of Britain’s most important post-war artist-potters, German émigré, Hans Coper (1920 – 1981), circa 1955. It was made in London, and it shall stay in London.

The work was subject to a temporary export ban in 2015 but has now been saved as part of the nation’s important history, by the V&A. 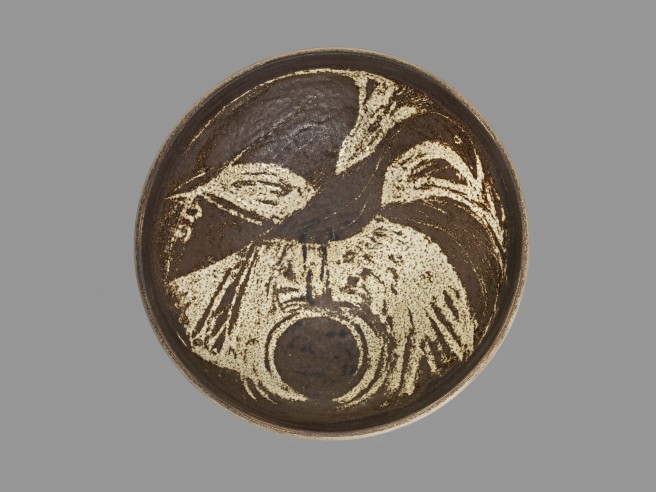 The large bowl reflects the artist’s interest in both modern painting of the time and ancient art, and is now on display in the V&A’s Ceramics Galleries, close to the original potter’s wheel on which it was thrown.

‘Hans Coper’s pots have enormous presence. They seem to be of a continuum with the oldest vessels of history and yet completely contemporary. This magnificent bowl will be a wonderful addition to the greatest ceramics collection in the world.’

Hans Coper arrived in Britain 1939 and was processed as an ‘enemy alien’ with foreign nationals. During World War II he was posted to Canada on military service. When he returned to London in 1946, he found work with Austrian potter and fellow émigré, Lucie Rie (1902 – 1995). With her support, Coper learned the craft of pottery, initially as her apprentice, but before long produced his own work in her Paddington studio, which they shared until 1958.

The bowl was purchased in memory of the journalist Annabel Freyberg through the generosity of her friends, with remaining contributions from the V&A.