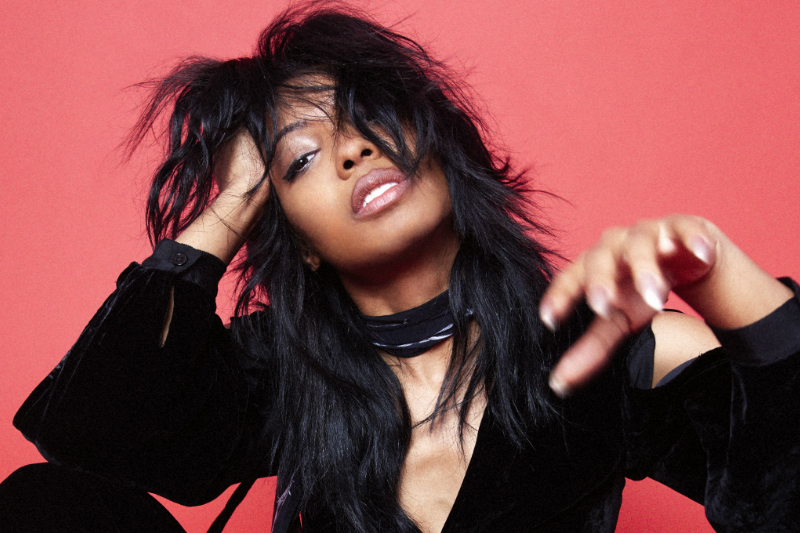 Every now and then an artist presents a song to the world that has all the ladies rocking their heads from side to side…mmmm hmmm (think Kelis’ ‘Caught Out There’ and Bey’s ‘Single Ladies’) and we feel all empowered because we clever, we child rearing, we beautiful and we sassy.

Diana Gordon’s Woman deserves to be a massive feminist anthem.

Though her name may be new to some, Gordon has written for some of the most iconic artists like Mary J. Blige and Alicia Keys. She also wrote or co-wrote the three most diverse tracks on Beyonce’s Lemonade: ‘Sorry,’ ‘Daddy Lessons’ and ‘Don’t Hurt Yourself’ alongside Jack White.

Nothing really gets me like this song. It’s Neneh Cherry‘s an epic ode to womanhood and the sacrifices made by mums everywhere. It’s not new, but it appears here because it shares the same title and weight as Diana Gordon’s epic opener.

The Greatest music video was directed by Sia and Daniel Askill, and features Maddie Ziegler, with choreography by Ryan Heffington.

Catch Sia live as she joins Miguel & Aluna George on the Nostalgic For The Present Tour. Tickets are on sale now.

Fall In Love featuring Ciscero is produced by Kaytranada, one of our favourites artists of 2016, and BadBadNotGood.

U.K. artist Charlotte OC recently released Blackout, a stunning and wistful track, and now it has a video to go with it.

ZHU: Palm of my Hand

Check out the brilliant visual for Zhu’s track Palm Of My Hand. He sure does love a delayed guitar solo intro.

Masked rapper Leikeli47 has returned with new single Money. The premise is simple – she has money. Repeat. Simple songs are sometimes the best. It’s easy to blare this one!

Izzy Bizu is a sweet 22-year-old South London born singer songwriter who is proving herself as one of the most exciting breakthrough artists of this year. You may recognise her voice from the Honne song and certified TUNE. Someone That Loves You. They met on Twitter and it turned in to a dream music collab. Great story. Her album A Moment of Madness is out now.

Sampha: Blood On Me

Sampha has lent his vocal, production and songwriting talents to a range of impressive releases, from UK contemporaries like SBTRKT, FKA twigs, Lil Silva and Jessie Ware to international superstars like Drake, Beyonce, Kanye West and most recently on FrankOcean’s Endless release.

Sampha’s telling his own story now, with the self-produced Blood On Me (with co-production from RodaidhMcDonald), set to feature on Process – his highly-anticipated debut album.

Melbourne producer and multi-instrumentalist LANKS continues his 2016 winning streak with his new single Holla, along with the announcement of his highly anticipated forthcoming EP, Viet Rose, out on 14 October.

Listen to The Garb Wire

Emily in Paris meet Caroline in Carlton. @carolinemaccallum @peter.haig.96
Noosa business suit. Complete with @lornamurray_ thinking cap. Finally got one.☀️🫶🏼
🤍
These orchids from a recent job will see out their last days at my bedside. Hello beauty.
Try to see yourself in the work you put out to the world. It’s a great taste tester for me, anyway. #mirrormirror
Together at last @flamingo_estate @takeasecondofme 🍅 🕯
This is fine. #sundayservice
The stage is set for some light kitchen dancing today, complete with a Moroccan feast and some big names to help me celebrate.