Across Australia’s information super highway, we caught up with producers Jesse Sewell (aka PORSCHES) & Matthew Khabbaz (aka TIGERILLA), the two masterminds behind SUPER CRUEL. Between Melbourne, Sydney & Adelaide we had much to discuss and it is with thanks mainly to the internet.

TGW: Your first song ‘November’ features Lisa Mitchell. How did that line up come about?

Porsches: We’ve always been big fans of Lisa Mitchell! We share the same label and were stoked to have her sing on the track.

Tigerilla: LISA IS AN ANGEL. We were lucky for the link up and forever grateful.

‘LISA [MITCHELL] IS AN ANGEL.’

TGW: So…why didn’t she want to stay in the band?

Tigerilla: She is in the band (incognito) [and pictured above].

TGW: Who else do you dream of teaming with?

Tigerilla: MØ, What So Not

TGW: The video for ‘November’ stars prominent Australian beauty vlogger Cartia Mallan. What was it about Cartia that caught your attention?

Porsches: She is super talented + inspiring + really fitted the vibe for the video.

Tigerilla: She is wonderful and perfect for our vibe 🙂

TGW: So do you know many Beauty Vloggers?

Porsches: Cartia is our girl for beauty tips.

Tigerilla: This is a no from me. Cartia is the best so we love to support her!

TGW: You’re playing Splendour in the Grass this year. What are you most looking forward to?

Porsches: I’m mostly looking forward to taking the songs we have made in the studio to a live festival audience.

Tigerilla: Yeah, it will be fun to see this project come to life in a festival environment!

‘I’m mostly looking forward to taking the songs we have made in the studio to a live festival audience [at Splendour In The Grass].’

TGW: Have you tried Byron Bay Organic Doughnuts? If not, you MUST add them to your rider.

Porsches: Can you pls give us some?

TGW: I’ll see what I can do. Don’t forget me when you’re scoffing them backstage. Do you have any weird pre-show rituals?

Tigerilla: Prayer hands for sure! And skipping gets the blood pumping. Or a vodka soda.

TGW: I love how quickly that went from wellness, namaste vibes to vodka. Do you hang about after the show, or sip tea and head to bed? I think I know what the answer will be.

Porsches: After the show, it’s the after party, and after the party it’s the hotel lobby.

TGW: Tigerilla, I first learned of your good work via your remix of Tulips 2.0 feat. Gill Bates. It’s mad. And we started tag teaming on Twitter from then. Like a sharing frenzy. Thank you.

Tigerilla: My pleasure! Glad you dig 🙂

TGW: You both have quite a profile in Australia. What are your hopes for overseas, the world and/or entire universe?

Porsches: Connecting with a bigger audience across the world is definitely the master plan!! Our fortune teller told us we would be visiting America sooner than we think.

‘Connecting with a bigger audience across the world is definitely the master plan!!’

Tigerilla: A world take over – I’m keen to experience different cultures and learn about the music landscape.

TGW: Do you dream of playing festivals like Coachella or… Fyre Festival? ?

Porsches: Coachella would be a dream gig!!

Tigerilla: Fyre for sure haha – Coachella or maybe Burning Man!

TGW: How do you think the latest bout of terrorists targeting music lovers /concert goers will affect ordinary people who love a good stadium concert?

Tigerilla: It’s definitely put unwarranted fear in people’s heads, but I think we need as a community to break down those barriers and make music shows a safe place for everyone.

TGW: If you could say one thing to each other now via The Garb Wire, what would it be?

Porsches: I just want Matt (Tigerilla) to know that he is the hardest working person I know and that good things are coming his way!

Tigerilla: That I respect Jesse’s hustle and he inspires me every day.

TGW: Do you think Producers are now having their time in the sun? More and more of you seem to be becoming artists yourselves, instead of working behind the scenes magic.

Porsches: I think it’s interesting to see the rise of the producer as the artist. I don’t think it’s necessarily been an overnight thing, producers like Timbaland, Diplo and Mike Will have been steering both the ship as the producer and artist for years and years.

TGW: Turning to style now… What Australian brands are you obsessed with right now?

TGW: Is there a usual “uniform” that you wear when you’re performing?

TGW: What can we expect from SUPER CRUEL this year?

Porsches: We have a new single coming soon and we’re touring.
Tigerilla: HEAPS! 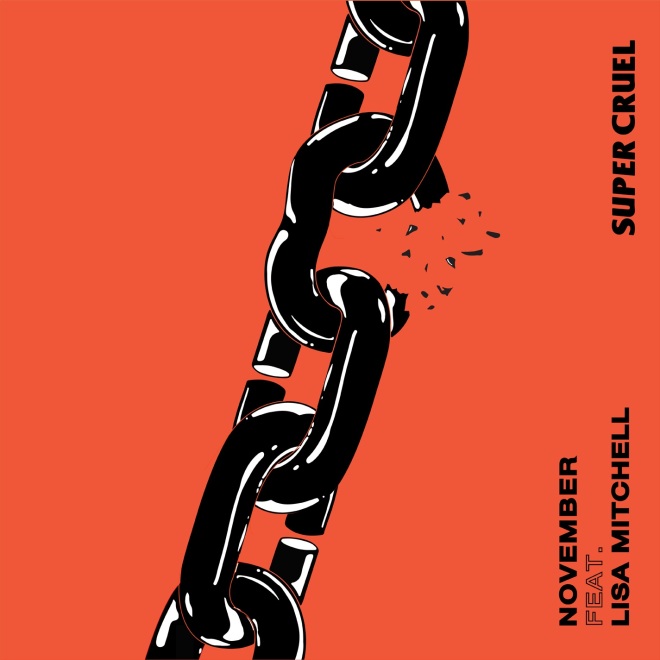 Sunday best.
Feeling lively @celine in Melbourne with one of my favourites. Woof! @takeasecondofme
We're very excited to be doing our first public art show with a group of incredible Melbourne creatives this June. It's all made possible by @trashmagic_melbourne founder and visual artist Kerry Lennon. Link in bio.
I’ve been very busy. Please come visit @runtoparadiseau and let me know your favourites #runtoparadiseau #melbournedesigner #fitzroy
🏠🚣‍♂️🎣⛵️⛱
Oh love, the kindness you have shown us 💕
♥️♥️