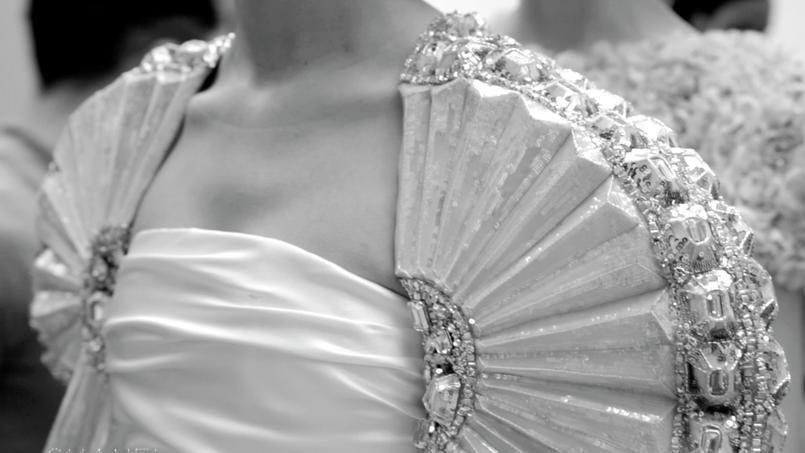 ACMI Fashion on Film | The Secret World of Haute Couture

The smoke & mirrors hi-jinx of Haute couture has been on a quiet decline for years. Though it outwardly projects an exclusionary world of hedonistic, flamboyant expression the truth is, the world is different now – people’s perceptions are muddled. We have become self-inclusionary*. Yes, Haute couture remains a symbol of great aspiration but…

Do you know what haute couture actually is? So many (self-inclusionary) people confuse it with luxury (check)  (uncheck) (uncheck). According to Wikipedia, Haute couture is French for high sewing or high dressmaking, and is the creation of exclusive, custom-fitted clothing.

In The Secret World of Haute Couture, director Loïc Prigent (who also produced The Legacy of Alexander McQueen) set out to show audiences exactly what haute couture is, in intimate detail, by filming a week of high fashion shows in Paris with the likes of Giorgio Armani, Donatella Versace, Jean Paul Gaultier, Giambattista Valli, Viktor&Rolf and Karl Lagerfeld showing us how it’s done, and what it all means.

The Secret World of Haute Couture screens with a selection of finalists from the Virgin Australian Melbourne Fashion Festival short film competition.

*Self-inclusionary: The phenomenon of every single person feeling entitled to emanate success and wellbeing, despite distinct lack of particular talent or skill.