The incredible success of the inaugural 2016 Madman Anime Festival saw festivities extended to Perth and Brisbane in 2017.

Accompanied by my 6-year-old (an impressionable yet tough-audience of one), we descended upon the Brisbane Convention Centre one sunny day in June. Along with hundreds of others we traipsed across the expanse of floors (the BCC is huge) in anticipation of a promised line-up of international guests, exclusive exhibits, screenings, cosplay opportunities, fan events, Japanese food, the hallowed Akiba shopping zone and more. 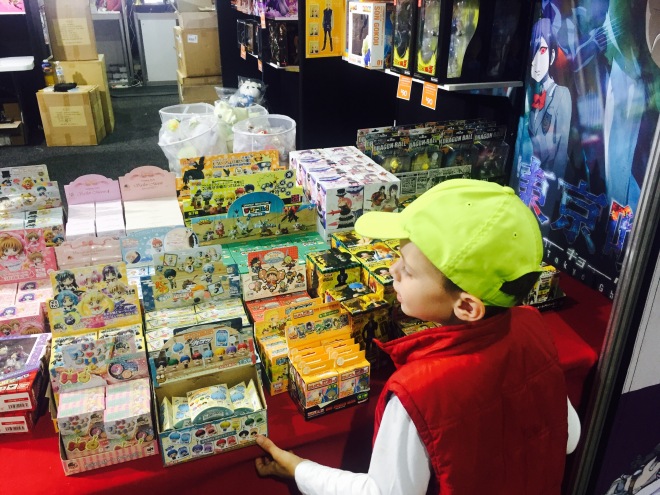 The Exhibition Pavilion was packed solid with an overwhelming array of all things Anime. Vibrantly attired fans, who were all painstakingly styled-up as their favourite characters browsed the heaving market stalls for posters, collector cards, plush figurines, bags, lightsticks, badges and t-shirts. Other colourful Japanese animation culture included exclusive gaming areas, backdrops galore for selfies and free photo booths.  My son literally ran the perimeter of the festival to scope “cool stuff” as soon as we arrived, ending up in the Cosplay photo zone and posing for a photo in front of an exploding planet/rockscape.

Autograph areas provided the chance for fans to get their favourite pieces of merch signed by big names including Yuko Miyamura (in attendance for a Guest Q+A as well as a voice acting workshop), Cherami Leigh, and Cosplay superstars Katyuska Moonfox, Ying Tze, Pinky Lu XUn and Ororchi X. 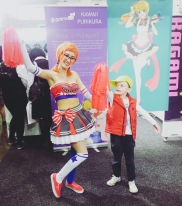 Attack on Titan The Exhibition – Wall Australia: From the popular and celebrated manga from Japan, symbolising the nation’s ongoing interrogation of isolationism. Featuring a powerful illustrated narrative showing a team battling viciously to protect concentric walled cities against invading hordes.

One-Punch Man experience was an arcade style experience in which you get a single chance to hit a speed ball and pretend to be the famous Saitama of ‘One Punch Man’ fame.

The Tokyo Ghoul Exhibition, included hundreds of artworks showing the production of the Tokyo Ghoul anime, set in a modern day Tokyo that lives in fear of flesh-eating ghouls.

Premiere screening of the animated feature ‘Black Butler: Book of the Atlantic’ (2017), based on manga series of the same name.

Anime Spotlight: Love, Live! Sunshine!!  A multimedia project revolving around a group of fictional schoolgirls who become music idols in order to prevent the closure of their school.

Also ‘Go! Go! Nihon’ Live and Study in Japan stallholders, offering advice on student visas and how to apply to Japanese schools, for all those guests who truly wanted to immerse themselves in the culture.

Our favourites were the Madman National Cosplay championship in the afternoon and the Party A Go Go Concert Screening.

Rory gave it the thumbs up. 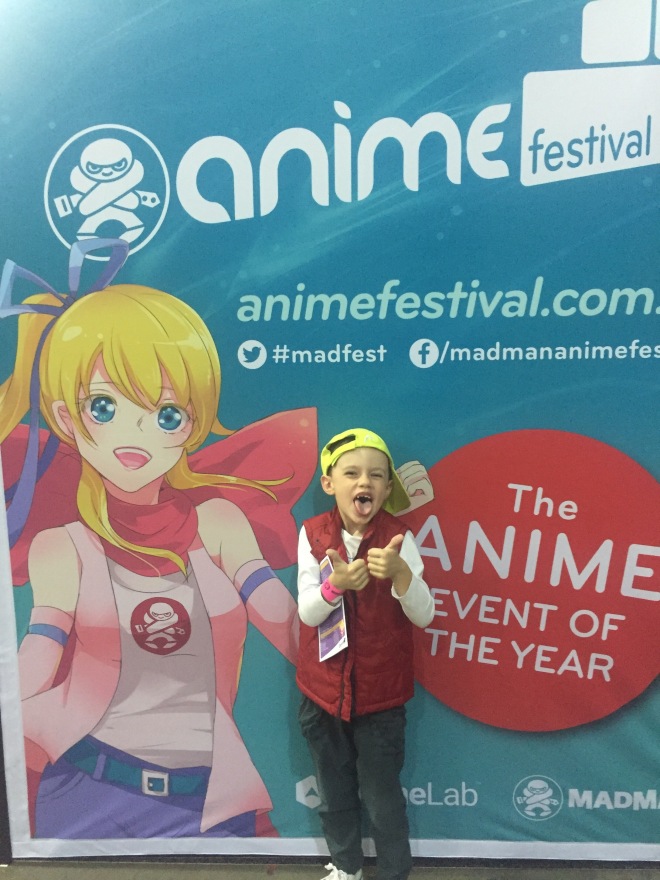