To some, hats are an essential ingredient for completing an ensemble. Like a gymnast’s final arch, the placement of the perfect hat is as definitive as a full stop.

Hats can be practical and theatrical. They bring swagger and presence, a sense of occasion for a true gentleman, or woman of substance. Some of us may already own our favourite hats, but sometimes we can only dream of them.

For all this flowery prose, they can also be the most practical of articles, with the wearer completely ignorant to its origins, paying attention only to an immediate need to block the sun’s glare. My Dad recently travelled from country to country by train, and on his return we discovered mid-slideshow that he had worn my husband’s Wu Tang Clan 36 Chambers baseball cap in nearly every photo. Was it accidentally pilfered from our home? I don’t remember Dad being that in to hip hop, though I could be wrong. Protect Ya Neck, and all that.

Our attachment to things of cloth has long provided boundless fascination for me. After all, the wearing of a hat speaks volumes – confidently I have lived, I have walked, and I am here to tell the tale…

The wearing of a hat speaks volumes – confidently I have lived, I have walked, and I am here to tell the tale…

We asked some creatives around the world how they bring an elevated sense of fun and play with their favourite hats.

“I found this hat in a vintage hoarder shop in Gippsland about six years ago. It was full of overpriced junk, but this hat sat on the antlers of a taxidermy deer head. Being the pasty man I am, it’s gotten me through every summer since. I’ve become really fond of the schoolboy aesthetic its gives every outfit it’s worn with. Plus, it makes me feel as close as I’ll ever look be to looking like Andre 3000. [Outkast]” 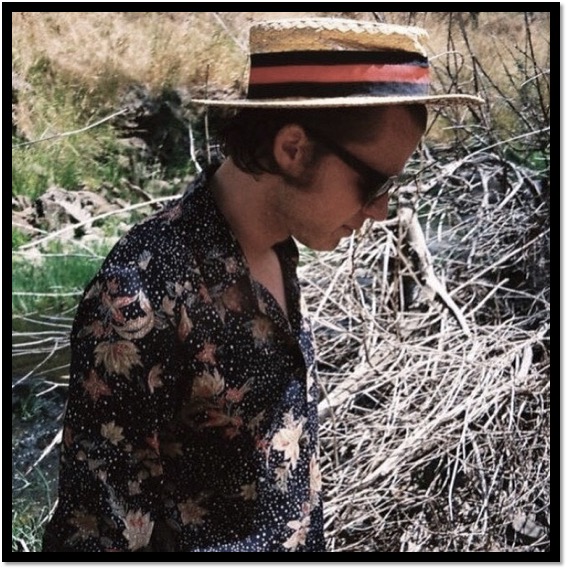 “I’ve become really fond of the schoolboy aesthetic its gives every outfit it’s worn with. Plus, it makes me feel as close as I’ll ever look be to looking like Andre 3000. [Outkast]”

Milo Eastwood is a broadcaster and total music fanatic who also spends time playing keys for pop group Pastiche. Aside vintage stores, op shops and venues around Melbourne you can catch him Monday to Friday 6-9am on PBS FM’s ‘The Breakfast Spread‘.

“This Jacqemus Spring/Summer 2017 hat is dramatic and over the top, but seemingly so very practical. There is something whimsical and ridiculous about it – I guess it’s the scale, but at the same time it’s also so pious and pinched. I love oversized items of any particular type. Scale is always something to play with.”

“I love oversized items of any particular type. Scale is always something to play with.”

“It also seems quite robust, not that I’d dare ever sling it in the back seat of the car after a visit to the beach. That said, perhaps the beach is not quite the place for it…Hanging Rock for a picnic might be far more suited? Regardless, in the Australian sun it would offer metres of solid SPF protection. A magnificent piece of millinery….sadly, I do not own one.”

Christine Pegg is a Melbourne photographic stylist whose experience extends over a decade for clients including Adidas, David Jones, Levis, Loréal Melbourne Fashion Festival and The Age Newspaper. Follow on Instagram and be sure to admire the sublime Burn Down the Disco for golden and sometimes dark moments of the fever.

“This is a portrait of Charles Coote, 1st Earl of Bellamont, painted by Joshua Reynolds in 1773. The picture hangs in the National Gallery of Ireland, where I photographed it last summer. I first saw this picture when I was six or seven on a trip to the gallery with my Mum, and I immediately knew I wanted to be him when I grew up!” 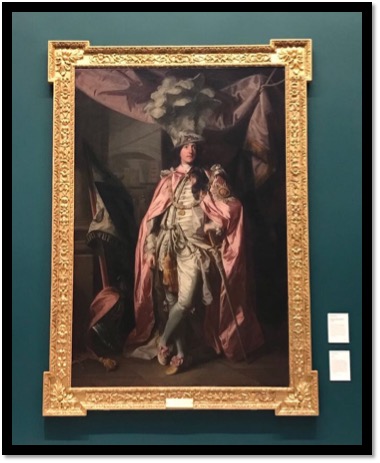 “If I could have any hat in the world it would have to be this ostentatious ostrich feather number!” 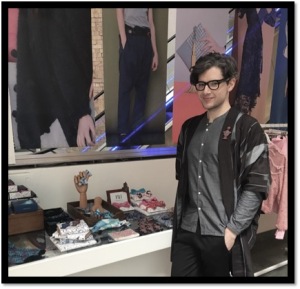 Rory Hutton is an Irish accessories designer and illustrator based in the UK. Hutton’s collections include bow ties, pocket squares, socks and most recently ladies scarves. The designer is influenced by his love of history and drawing. Rory’s work has been sold by prestige retailers including Fortnum & Mason of Piccadilly, Brown Thomas of Dublin and the British Museum, London. Follow Rory here.

“This is my latest favourite hat that I bought from Beaver Creek Hats and Leather in Jackson Hole. They have been making hats like this for years. I wear it to keep warm on the cold nights after a day’s skiing. It’s a proper, American crafted hat with beautiful plaited leather trim.”

“It fits like a glove and makes me think of the special town of Jackson [USA] every time I pop it on.”

As the Creative Director and founder of Fancy Films, Keryn Nossal merges the worlds of film and corporate videos to create authentic content with compelling stories for some of Australia’s largest companies. Follow on Instagram and look up Coastal Luxe while you’re at it.

“I got this hat in Amsterdam at a great vintage shop. It’s super old and looks like some sort of military/captains style, but I did some research and actually think it’s a fishermans hat.” 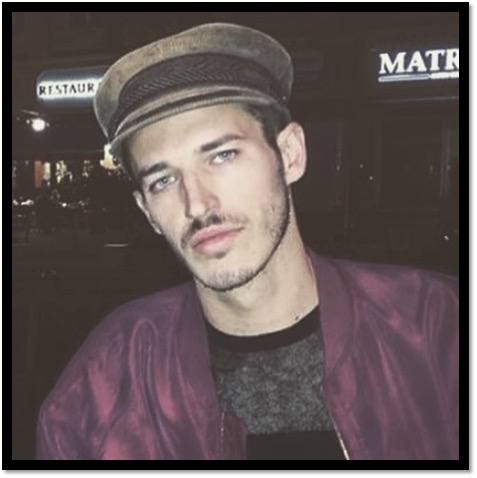 “It’s definitely just one of those transformational pieces, almost like it gives me some kind of super powers.”

“Whenever I wear it, I know it’s going to be a special night… it’s definitely just one of those transformational pieces, almost like it gives me some kind of super powers, but also so special to me that I only wear it on very rare occasions that are worthy of unleashing its power.”

“This Luarento navy rabbit hair Chapeau with twill navy feather trim was custom made by Renè Mantilla in Brooklyn, NYC. I love this Chapeau for its colour and original shape – it sits higher that most hats in this style.” 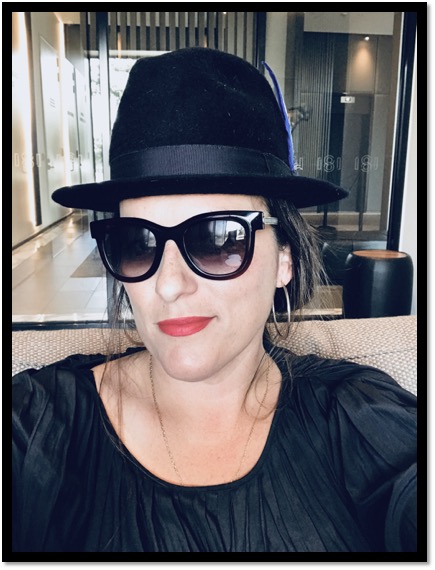 “I treated myself to an original custom piece for my 40th birthday and love that I was the first in Australia to order one.”

Marija Ivkovic is a Melbourne photographer who has turned her passion into her creative profession. Over 20 years she’s built a robust folio in fashion advertising, but beyond that, she travels the world with camera firmly in hand – in 2017 Ivkovic opened her first solo exhibition called Raw Formation – featuring a breathtaking series of photographs taken from a helicopter over Mount Wellington, NZ, then spliced with gold. Follow Marija Ivkovic here.

“This little twilight deeelite featured prominently last summer. If only hair hats could talk…though, here’s my quandary. As it’s set on a headband, does that separate it from the Hair Hat Herd and make it in fact, a Fascinator? Fascinators have been a curious millinery trend l’ve never understood, partying trackside and at nuptials… in flocks. En masse?”

“Should it actually be called a Hairascinator, which phonetically, sounds potentially dangerous?”

“I guess my favourite Hair Hat is actually a Hairascinator…perhaps I should have dusted it, but that’s part of its charming history.”

“To pull an Hairascinator off… one must maintain fearless poise and personality, lack in any preconceived concepts of realistic height, girth and ballast loads, and quietly delight at being the object of unabridged awe and flashbulbs… have grace under pressure, sheer guts and determination. A healthy sense of self is a desirable.

So l guess my favourite Hair Hat is actually a Hairascinator….perhaps l should have dusted it, but that’s part of its charming history.”

Regardless of and blissfully unaware of the fact that he had no formal training, Steve Monroe set sail on a career that has seen him gallivant from styling costumes and wigs at the legendary Rose Chong Costumes, to spreading his wings as ‘That Wig Guy’- chosen because that’s the name to which he was commonly referred.

Monroe has designed and constructed hairy bonnets for a galaxy of stars including Gun Shy Designs, Parralox w/ Marcella Detroit, the National Gallery of Victoria, MTC, Tenfingerz Productions and many others, one fake follicle at a time. Follow Steve Monroe here.