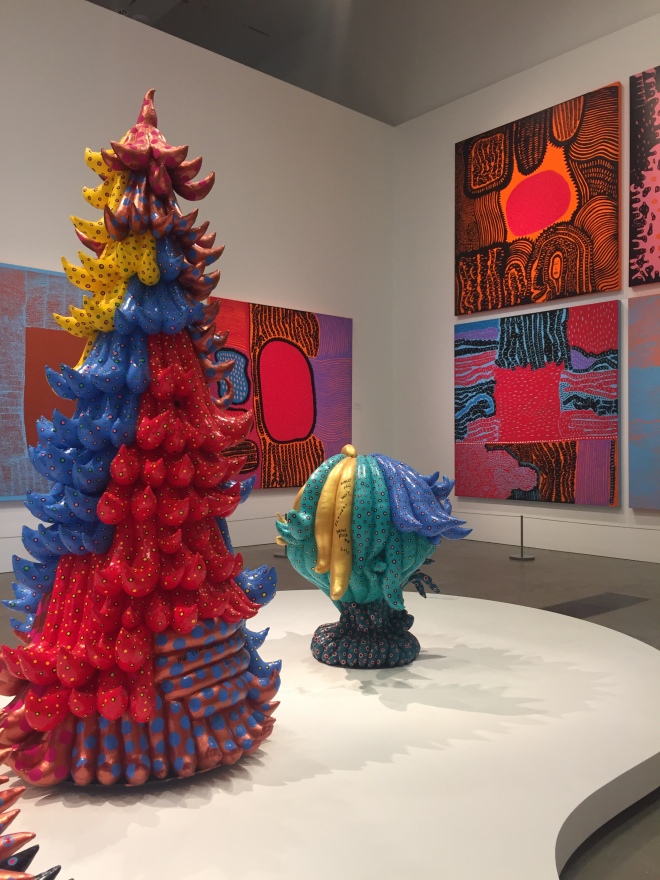 In Brisbane: Yayoi Kusama’s Life is the Heart of a Rainbow at GOMA

Yayoi Kusama’s work continues to enchant visitors to Brisbane’s Gallery of Modern Art, with the Life is the Heart of a Rainbow exhibition running until 11 Feb 2018.

The Japanese artist is an international phenomenon, whose mesmerizing style and unique perspective has made her a distinguished figure of contemporary art in the 21st century.

With a career spanning more than 60 years,  Life is the Heart of a Rainbow encompasses Kusama’s vast body of work that goes back to the 1950s.  Presented in five thematic chapters, it explores recurring motifs, engagement with the body and the conception of space. 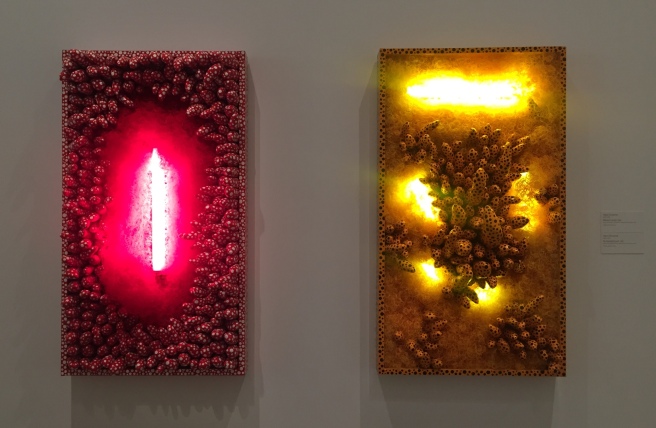 Early painterly experiments and sculptures are presented alongside the magically iconic ‘infinity rooms’ of light and mirrors, as well as large-scale polka-dotted inflatables. Kusama’s intricately detailed ‘net’ paintings figure prominently, and have appeared consistently in her practice since the late 1950s.  24 brightly adorned works from the My Eternal Soul series, ongoing since 2009, gives an almost overwhelming presence of joyful colour and detail to the expansive gallery walls.

Other highlights include I Want To Love On The Festival Night (2015), an immersive hexagonal installation with external and internal mirrors and a floor of multi-coloured flashing lights, the Love Forever series of dreamily serpentine black and white marker drawings, and the dynamic

The obliteration room is a collaboration between the artist and QAGOMA originally making its debut at ‘The 4th Asia-Pacific Triennial of Contemporary Art’. It has since been experienced by more than five million people at venues around the world.

YAYOI KUSAMA ‘LIFE IS THE HEART OF A RAINBOW’ is open until 11 February 2018 at Gallery of Modern Art (QAGOMA) in Brisbane. Entry is free. For more information click here.